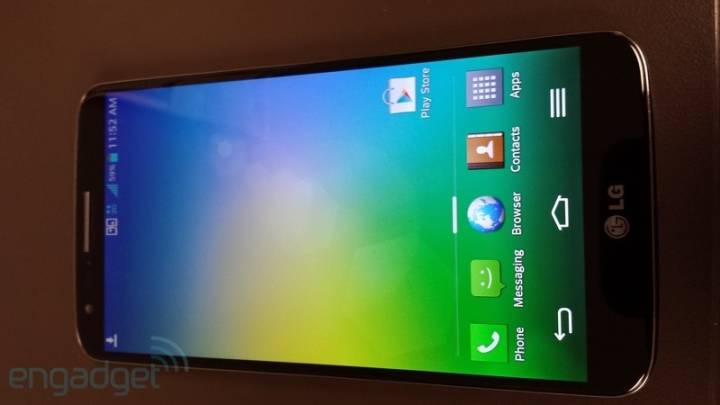 All eyes are on Nokia this week as it prepares to launch yet another monster camera phone in an effort to spur sales, but another smartphone market contender is prepping a new flagship phone as well. Set to debut next month at a press conference on August 7th, LG’s new flagship “G2” smartphone has leaked once again, this time in new photos and on video. The photos, published by Engadget, show a device that looks much like the Nexus 4 from the front, but it sports cutting-edge specs and a much larger display. According to the report, the G2 features a 5.2-inch 1080p display, a quad-core 2.3GHz processor, 2GB of RAM, a 13-megapixel camera and Android 4.2.2 Jelly Bean. YouTube user “4Leaks” subsequently posted a video of the G2 in action, and it follows below along with several additional leaked photos.