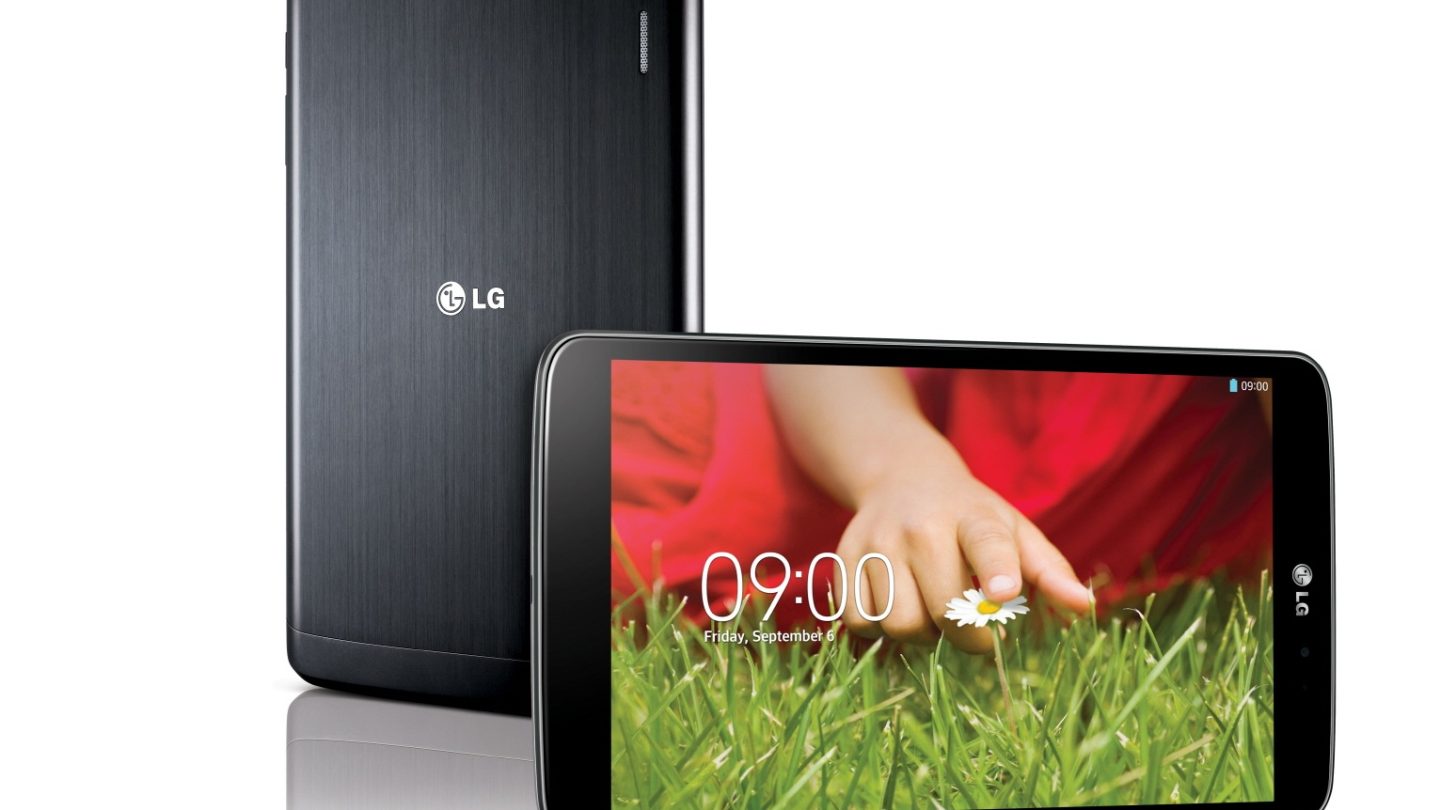 If LG has learned anything from Samsung, it’s that if at first you don’t succeed, try again and again and again and again. With that in mind, LG has announced the new G Pad 8.3 ahead of the IFA trade show in Berlin this week in the hopes making a significant push into the ever-expanding tablet market. LG seems to have modeled the G Pad 8.3 after its G series of smartphones that have sold reasonably well for the Korean electronics manufacturer. The device features an 8.3-inch full HD display that is just bigger than the panel on Apple’s iPad mini. The new G Pad also sports a 1.7GHz quad-core processor, 2GB of RAM, 16GB of internal storage, a 5-megapixel rear-facing camera, a 4,600mAh and Android 4.2.2 Jelly Bean. The device will release in the fourth quarter of 2013, although pricing is still unknown. LG’s press release follows below.

“Complementing our G Series smartphones, the introduction of the LG G Pad 8.3 further strengthens LG’s premium lineup consisting of our most cutting-edge devices,” said Dr. Jong-seok Park, president and CEO of the LG Electronics Mobile Communications Company. “Our G Pad is just another example of LG delivering devices with the unique selling points consumers around the world will appreciate.”

Despite its large display, the LG G Pad 8.3 features a slim and sleek form factor that is comfortable enough to hold in one hand. Such compact portability is based on LG’s learning from consumers regarding the optimum size of a tablet. While maintaining its portability, the LG G Pad 8.3 squeezes in a powerful 4600mAh battery for long-lasting usage time but is still as light as a newspaper at just 338g.

Incorporating a key attribute of other premium G Series devices including the G Pro and G2 smartphones, the LG G Pad 8.3 is the first 8-inch class tablet to offer a Full HD display. The G Pad is equipped with a 1920 x 1200 WUXGA (Widescreen Ultra Extended Graphics Array) display capable of delivering picture quality with even higher resolution than a standard Full HD display. In addition, the Qualcomm® Snapdragon™ 600 Processor with 1.7GHz Quad-Core CPU enhances the viewing experience with powerful performance as users will be able to enjoy Full HD content without any compromise.

The LG G Pad 8.3 meets the demanding requirements of the convergence age by improving connectivity between multiple devices. With the unique QPair app, every call and message received on a smartphone will appear on the G Pad for a true convergence experience. Users can then send simple replies through the LG G Pad 8.3. QPair also allows the G Pad to easily connect to other manufacturers’ smartphone and tablets (Jelly Bean OS recommended). Notes created on the G Pad’s QMemo can be seamlessly saved into users’ smartphones and shared from either device.

User Experience Maximized for a Tablet

The LG G Pad 8.3 offers practical features that provide real-life benefits, such as enhanced multitasking. Thanks to its 8.3-inch Full HD Display, user experience (UX) features unique to the LG G Pad 8.3 are maximized for the large screen:

– QSlide controls up to three different apps in one window with no interruption, especially convenient on a large screen

The LG G Pad 8.3 will be rolled out globally in key markets including North America, Europe and Asia as well as other regions starting in the fourth quarter of 2013. Prices will be announced at launch time.