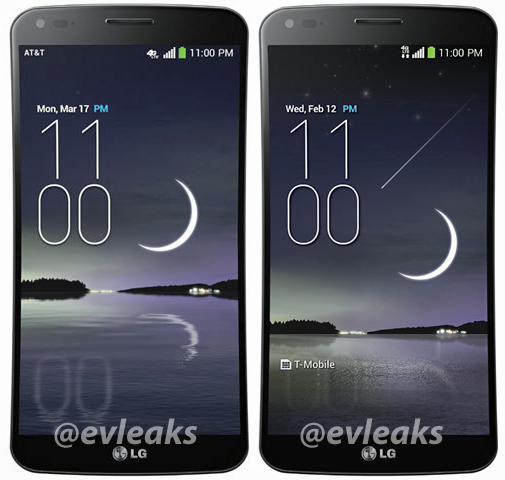 2013 may be behind us but it looks like some of the smartphones that debuted last year aren’t quite ready to retire just yet. In a new post from serial smartphone leaker @evleaks, two new marketing renders of LG’s G Flex “banana phone” have been pictured, one that includes a mention of T-Mobile and a second that shows AT&T as the carrier. Neither company has confirmed that it will carry the G Flex at this point but considering @evleaks’s track record, we can likely expect LG’s first phone with a curved display to debut very soon. Beyond the vertically curved 6-inch AMOLED screen that offers minimal durability enhancements and little else, the G Flex’s key specs include a 2.26GHz quad-core Snapdragon processor, 2GB of RAM, a 13-megapixel camera and Android Jelly Bean 4.2.2.