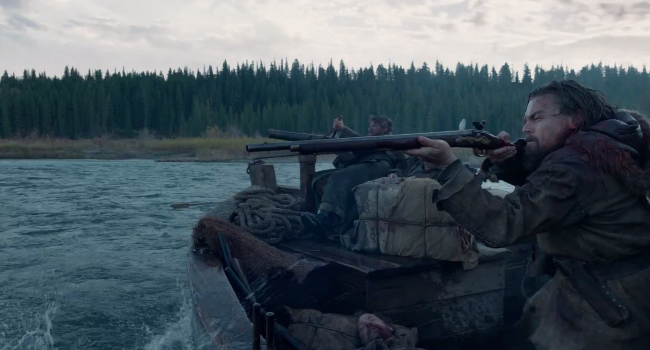 Leonardo DiCaprio’s action-packed new adventure is launching on Christmas Day, but the first trailer for it is already available. Called The Revenant, the new movie is based on the life of Hugh Glass and his early 19th century quest to survive in the American wilderness.

As you’ll see in the trailer, the western is heavy on action, although it won’t be the kind of action you might be looking for. Instead of high-tech special effects, sci-fi battles or huge dinosaurs, you’ll see Glass fighting something entirely different: the beautiful but deadly wilderness peppered with people looking to survive.

The movie is directed by Oscar-winning director Alejandro G. Inarritu, Variety reports, who also co-write the screenplay based on Michael Punke’s novel. Inarritu’s Birdman won four Academy Awards this year, which is one more reason to be excited about The Revenant.