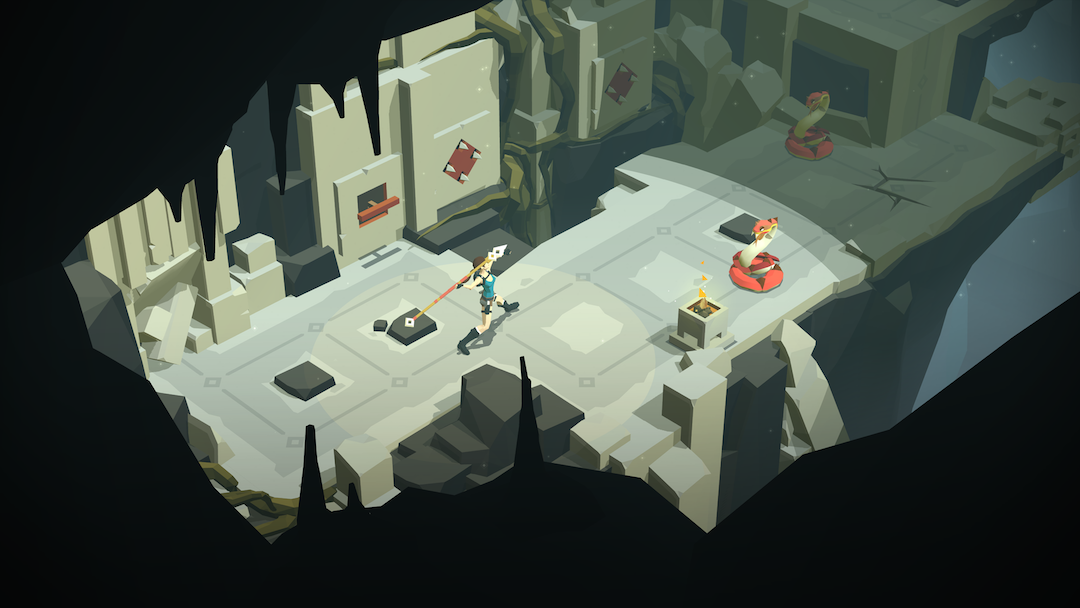 MORE GAMING: Sage Solitaire: Your next addiction is now free to download on the App Store

Lara Craft GO is another story. Taking the same basic formula and applying it to the Tomb Raider franchise, the Canadian studio has perfect what it set out to do with Hitman GO. The art is more expressive, the puzzles are more satisfying and I ended up feeling more like I’d beaten a Tomb Raider game than a mobile spinoff by the time I was finished.

As with Agent 47 in Hitman GO, you control Lara by swiping up, down, left or right in order to move to an open space. The world stands still when you’re not moving, but as soon as you swipe, everything else in the environment reacts.

Your job is to get Lara safely from the start of the level to the end while solving increasingly difficult puzzles along the way. In the early goings, the traps are relatively easy to navigate around. If you see a crack in a tile, make sure not to walk over it twice or you’ll plummet to your doom.

The game does a great job of teaching players by showing instead of telling as well, and the penalty for death is simply starting over that section of the level. It’s never punishing enough to make you stomp away in frustration, but there will be instances where you’ll want to take a break and come back with fresh eyes.

What especially impressive about Lara Croft GO is how the developers utilize a fairly small set of tools, traps and baddies in new and surprising ways from level to level. Those cracks in the floor aren’t just to keep you from falling through, they could also save you from an enemy hot on your tail.

I don’t want to spoil any of the puzzles, so I won’t go in to any more detail than I already have, but if you have a few bucks to spare, you won’t regret spending a few hours with Square Enix Montreal’s new game this weekend.