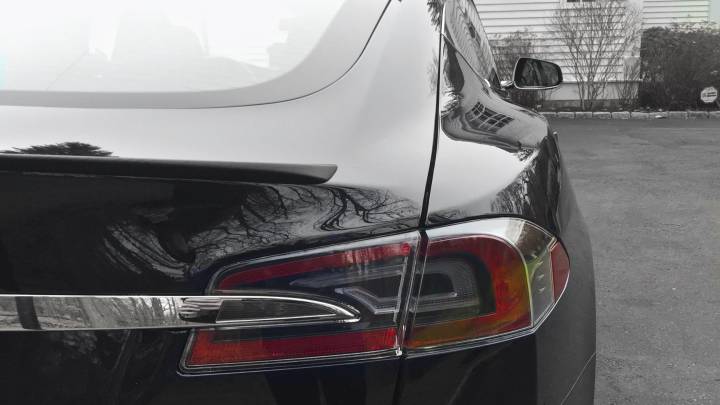 Any criminal foolish enough to run from the Los Angeles Police Department now might find their epic car chases is over before it even began. That’s because the LAPD has acquired a Tesla Model S as part of its initiative to build a greener fleet of vehicles, the department announced last week.

In case you’re wondering, this is what a Tesla Model S looks like decked out as a cop car:

What makes the prospect of a Tesla police vehicle so intimidating for criminals is the fact that the Model S gets insane acceleration. The upgrade to the Model S that Tesla unveiled this past June gives the car a range of 300 miles per charge and acceleration of 0 to 60 miles per hour in a ridiculous 2.8 seconds. In other words, it sounds like the only way a criminal will be able to accelerate fast enough to flee a cop in a Tesla is to own a Tesla of their own.

In addition to the Model S, the LAPD has also acquired a BMW i3 for its “green fleet” of cars, although that car goes from 0 to 60 miles per hour in a comparatively laggard 6.5 seconds.