By Darren Murph
Updated 4 years ago 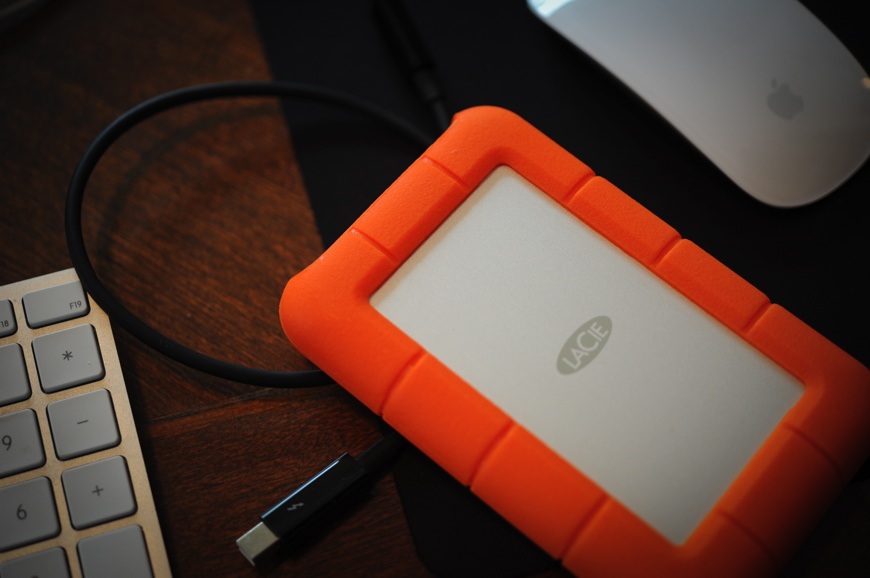 First, a story. I loathe mechanical hard drives. They’re painfully slow, annoyingly finicky, and prone to failure — the consumer ones, anyway. Toss one in a cheap USB 3.0 enclosure, however, and you’ve got a bona fide recipe for disaster. I’m sure I could find millions who’d comment that their [insert external HDD here] is still humming fine after a few years, but my wife and I have blown through six failures in the past four years. Brand, capacity, bus — it matters not. These things just aren’t designed for being used in a coach airline seat, thrown around at will, and generally having their key attribute (read: mobility) being taken advantage of.

The answer? Spend way, way more for an external drive with no moving parts. But really, after you’ve seen hours upon hours of work vanish, with only a dastardly array of chirps to show for it, the price premium feels justified.

Solid state drives still aren’t as cheap as I’d like, and I’m not going to be able to have a completely restful evening until every laptop in the world is shipping with an SSD within, but at least they’ve fallen from the ranks of “outrageous” in terms of pricing.

Here’s an honest look at how the Rugged SSD stacks up in real-world use, and keep in mind that my use case is one that involves a) daily travel and b) important, valuable client work, where griping about “a dead drive” isn’t going to be a valid excuse.

I’ve been using / testing a 120GB LaCie Rugged USB 3.0 Thunderbolt drive for nearly two years now. It’s been to a dozen or so countries, thrown into countless overhead bins, crammed into suitcases in a manner that most would view as outright abusive, and it’s still ticking. Recently, I picked up a 500GB version of the same drive for $500. It’s a pretty penny, particularly when you consider that the same drive can be had with a 2TB internal HDD for just $300.

But the truth is that I don’t trust mechanical hard drives, and you shouldn’t either.

Plus, there’s really no price that can be placed on peace of mind — when you’re working with unrecoverable memories and client portfolios, SSD is the only medium I’m going to rely on going forward.

Here’s to a future where petabyte-sized SSDs cost a few dollars, driverless automobiles are all the rage, and unicorns finally get the credit they deserve.