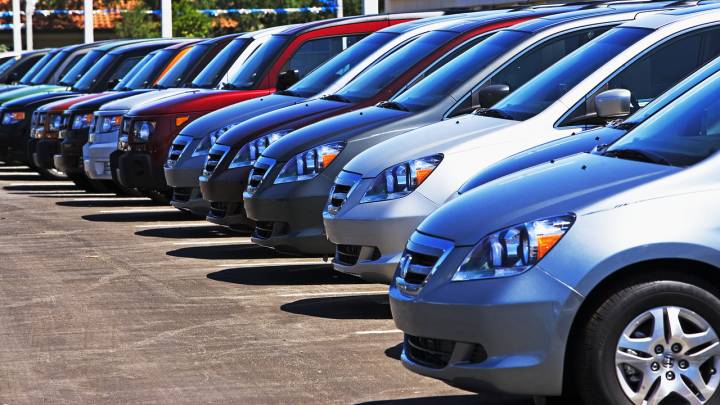 According to the United States Department of Labor, Labor Day is “a creation of the labor movement and is dedicated to the social and economic achievements of American workers.” What better way to celebrate than to sink a huge amount of the money you’ve worked so hard to earn into a new car purchase?

Edmunds has long been known as an authority when it comes to finding the best (and most realistic) prices you might pay for a new car, and the company has now issued a report detailing what it believes to be five of the best buys in the country for deal hunters hoping to score a new car at a deep discount over Labor Day weekend.

So, which cars should deal hunters be on the lookout for this weekend? From Edmunds.com’s release:

2015 BMW 3 Series – A refreshed design of this iconic entry luxury car is coming later this year, pushing down prices on the soon-to-be-outdated model — and in some parts of the country, it is already selling for over $1,500 below TMV. BMW offers customer cash rebates along with attractive lease specials. Some rebate offers may also be combined with low-interest financing from dealers.

2015 Chevrolet Volt – The long-anticipated Volt redesign will debut later this year, making the 2015 model a steal. With relatively low and stable gas prices, sales of the plug-in hybrid Volt are already lagging, so prices are low and incentives are plentiful. Edmunds Price Promise offers are already almost $4,000 below TMV on the 2015 Volt.

2015 Honda Civic – A popular car for students and those on a budget, the Civic enjoys an A rating from Edmunds editors. Shoppers can find Edmunds Price Promise offers on the outgoing Civic model ranging between $1,000 and $2,000 below TMV.

2015 Toyota Prius – With gas prices stable, and excitement building toward the release of a new model later this year, prices on the Prius – like the Chevy Volt – have fallen as much as $3,000 below TMV. Adding a little sweet kick to the deal: Toyota is offering 0% financing for as long as 60 months to qualified buyers.

2015 Volkswagen Passat – This handsome, refined European sedan is getting a mid-cycle refresh in the fall, pushing prices of the 2015 model over $1,000 below TMV in some areas of the country. Customer cash incentives and 0% financing make the car a solid choice for families keeping an eye on their budget.

“Although manufacturers are poised to replace these vehicles with new-generation models, they still offer excellent value and performance,” Edmunds.com’s Senior Consumer Advice Editor Philip Reed. “Shoppers looking for the best possible deal on a new car right now would be smart to consider the savings these vehicles offer before they weigh any other options.”

TMV, by the way, is Edmunds’ True Market Value assessment, which is what buyers should actually aim for when negotiating with car dealers while shopping for a car. As we all know, a car’s list price is merely a jumping off point.

Edmunds noted in its report that some of the deals listed above are regional, so shoppers might not find these killer prices in all areas.