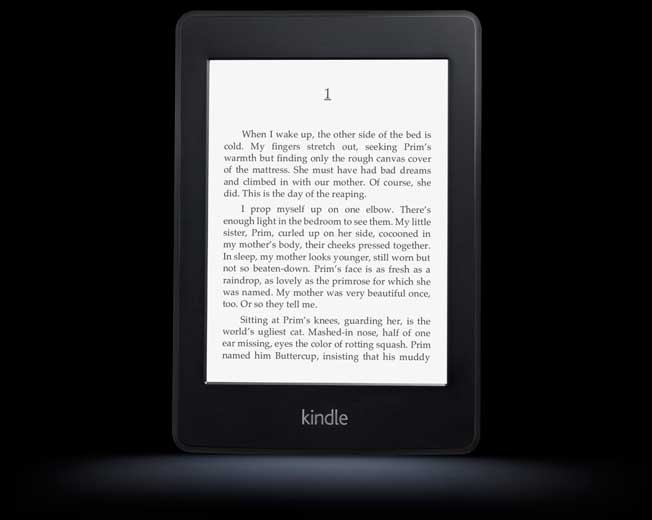 Amazon is reportedly working on a new Kindle Paperwhite model, which should arrive at some point in early 2014, according to TechCrunch. The flagship feature of the new reading device is said to be a new high-resolution display that will have a 300 pixel-per-inch (ppi) density. The publication also reports that it has seen a prototype of the e-reader, which has a display made of matte glass instead of plastic and which seemed “flush with the edges” rather than recessed. In spite of using glass, the new device is lighter than its predecessor.

Furthermore, the edges of the device will apparently include squeezable buttons that will provide some sort of haptic feedback when touched and would let users change pages. The back of the e-reader will reportedly follow the industrial design of Amazon’s most recent line of Kindle Fire tablets and will have a rear power button. An ambient sensor would adjust the brightness of the screen, taking into account the lighting in the surrounding area.

To further improve the reading experience, the new Kindle Paperwhite is said to include a new typography, with a custom-built font especially made for reading. However, software improvements are not planned for this edition.

An actual release date for the new Kindle Paperwhite is not available at this time, as the company is several months away from launching the device. The report went on to say that Amazon is working on a couple of smartphones, a budget-friendly version, and a high-end device that may sport up to six cameras.