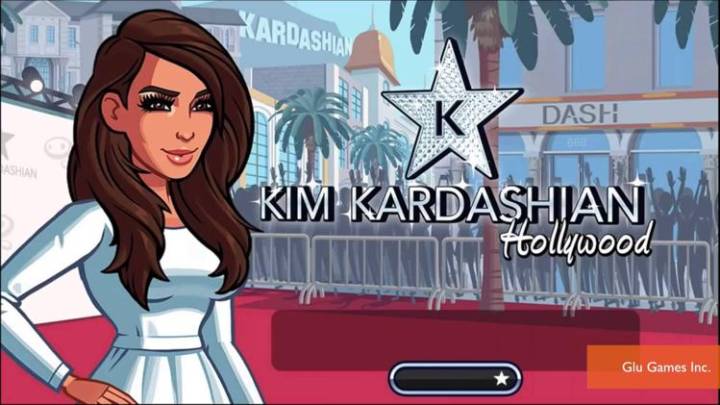 There are few things as despised as celebrity apps. Vanity apps are largely viewed as shameful sidekicks of the app market – expensive productions that may make a few bucks for the app vendor, but practically never bring in real revenue. But in July 2014, Kim Kardashian changed the game. Her new app is so popular that it has boosted the share price of Glu Mobile by 50% since June, adding more than $100 million to its market cap.

It is causing the app industry to reevaluate the whole celebrity app niche — not because it is interesting or innovative, but precisely because it is so shockingly banal. Kim Kardashian: Hollywood is essentially a very simple role-playing game without any strategic or tactical aspects that would actually demand knowledge of the RPG genre or even interest in video games.

Or as the app’s description so succinctly describes it: “DATE AND DUMP CELEBS at the best parties and hottest clubs! Flirt and become the next huge celebrity power-couples!”

That’s about it. Most games aimed at 14-year olds tend to have some tedious, preachy educational or ethical aspects. The dark glamor of Kim Kardashian: Hollywood is that it openly promotes and revels in the idea that girls gain status and money by sexually enticing men with power. This isn’t a subtext in the game — it is its essence and main selling point, gleefully magnified by the marketing material.

The game manages to cannily lift some key aspects of the popular make-up and dress-up games that Toca Boca has so successfully marketed to 6-to-9-year-old girls. The Kardashian game is aimed at 12-to-16-year-olds. That subtle age transition is pure genius because it enables older kids to enjoy a kiddie app slathered with a glistening sheen of trashy, insidiously misogynistic Beverly Hills glitz.

The formula is commercial dynamite. When the Kardashian app shot immediately to No. 2 on the U.S. iPhone download chart, most app industry pros sneered that it’s just a case of customer acquisition legerdemain. Glu must have bought the early wave of downloads, they figured.

But more than two weeks later, Kim Kardashian is still the No. 2 app in America and its revenue performance is stunning. The app hit the top 5 iPhone sales chart in America in just six days and it’s still there. It is a top 10 grossing iPhone app in 31 countries, from Brazil to Egypt to New Zealand.

The in-app purchase mechanics of this product are demonically seductive — not even Clash of Clans had an early performance like this. And Kardashian presumably appeals to a much narrower demographic than giants like Clash of Clans or Candy Crush Saga do. In fact, it’s an app that’s almost exclusively for young women in an industry where blockbuster products are built to appeal to both sexes or to have a clearly male-oriented pitch.

What is going on here?

It is possible that a big part of the success, sadly, stems from the fact that there are relatively few apps out there that openly appeal to female consumers. It’s true that Candy Crush, Pet Rescue Saga and Hay Day have clearly an eye on women. But they are popular among both sexes, while a ton of clearly male-oriented games from Game of War to Boom Beach hold prominent app chart positions.

Kim Kardashian: Hollywood is clearly marketed only at women and this helps it stand out. Too bad that the core mechanic revolves around trading sexual attraction for career advancement.