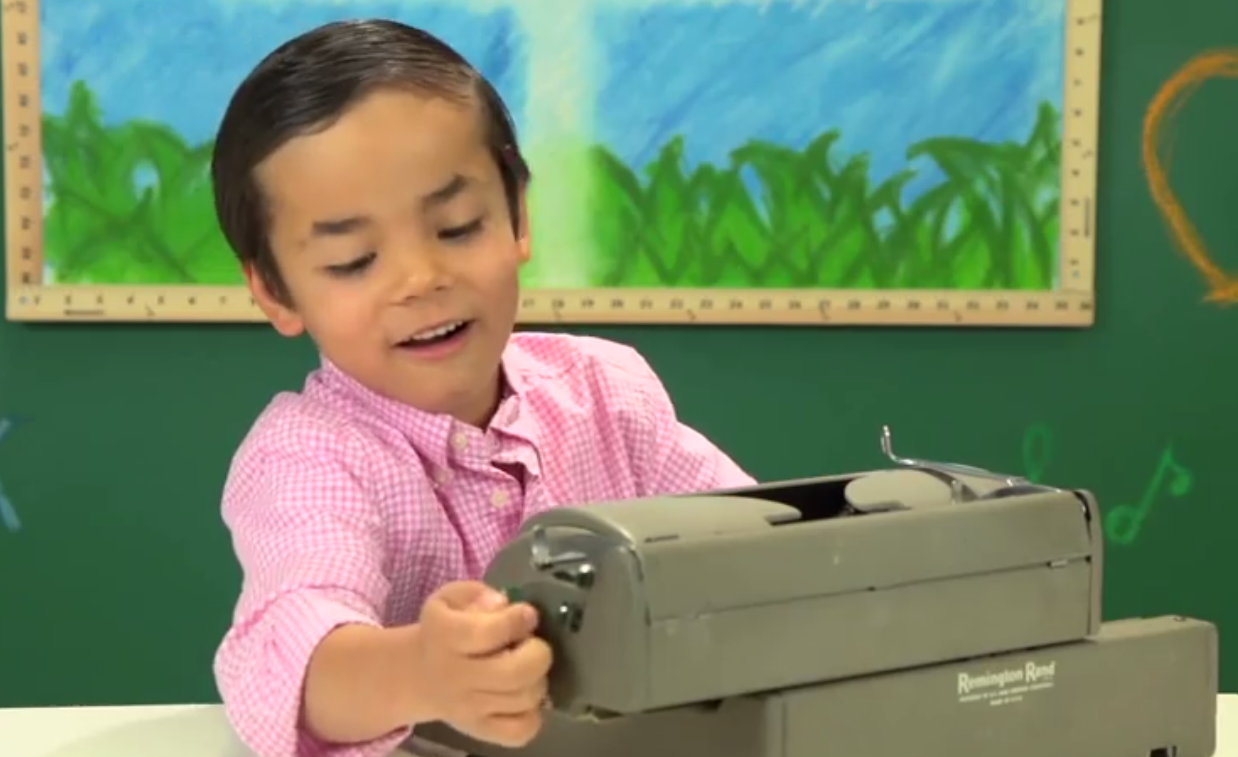 The Fine Brothers’ series of videos featuring children reacting to outdated technology is always entertaining and its latest video where kids get to play with typewriters for the first times in their lives is no exception.

In the video, the team at Fine Brothers presents several children with a 1950s-era typewriter and asks them to figure out how to properly use it. The children generally say that they’ve seen typewriters before, largely through watching older movies and TV shows. When asked what a typewriter does, the children give several amusing answers, including our personal favorite: “It types and it prints at the same time.” Sounds fancy!

When asked to load the typewriter with paper, the kids were predictably befuddled, as some of them seemingly tried to put paper into every one of the machine’s slots except the one that they’re supposed to use. The kids also found that typing on a typewriter was much more difficult and less efficient than typing on a standard computer keyboard.

“[With] computers and tablets, it’s like ‘doo-doo-loo-doo, loo-doo-loo-doo-doo,’ and with this [typewriter] it’s like, ‘URK! URK! URK!'” explained one kid, who seemed annoyed by how hard you have to press keys on a typewriter to get them to work. And of course, the highlight of the whole video comes when one kid literally screams when he realizes that there’s no way to fix mistakes by hitting the backspace on the keyboard.

The full video is well worth your time and can be found below.