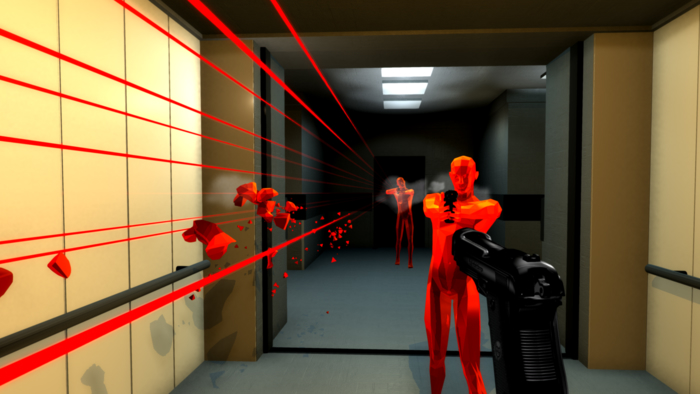 Initially conceived for the 7 Day First Person Shooter challenge last August, Superhot quickly became an addictive online FPS – it can still be played in a browser – and its creators now want to turn it into a full-fledged game. The Superhot team needs $100,000 to take the game to the next level, and with 30 days to go in its Kickstarter campaign it has already topped $15,000 in pledges.

Unlike in other first-person shooters, in Superhot the gamer controls time. Only when the player moves does the action around him move, including the flying bullets from weapons fired at him. Instead of having to return fire from cover, the player will have to smartly dodge incoming projectiles, grab the guns found along the way and shoot the attackers.

The browser version of the game will further be enhanced, and will offer users access to better guns, more enemies, an actual game story, explosions and better visual effects.

In order to get a copy of the game, interested gamers will have to pledge at least $14 on Kickstarter, with pledge tiers going as high as $10,000. For $250, gamers will be able to actually play the alpha versions of Superhot before the game is released.

A video explaining how Superhot is played follows below.