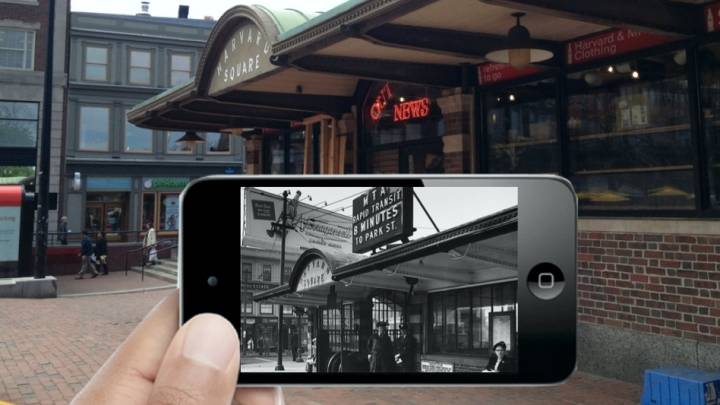 What if you could instantly pick up your phone to learn more details about a certain historical landmark or your location and then get visual cues about how that particular place changed over time? That’s what a new application called Pivot looks to offer smartphone users: A way of traveling back in time and staying connected to the history of a certain place, as long as there are available pictures of that place to tell its story.

Pivot is an augmented reality app that uses your device’s camera and location to offer you a look at a specific target “from a specific vantage point through the tunnel of time.”

Initially, the app will include pictures from available online resources, but the team behind it hopes to motivate regular users to submit their own older pictures of various landmarks in different cities, which could then be readily accessible inside the app.

Pivot has already passed its Kickstarter goal of $30,000 that it will use to further develop the augmented technology behind the application, which should be launched at some point this fall. Initially, the iOS and Android apps will offer access to historic places in Palestine and Boston, but more cities will be added in the future.

A video describing the driving concept behind Pivot and showing a demo of how the app is supposed to work follows below.