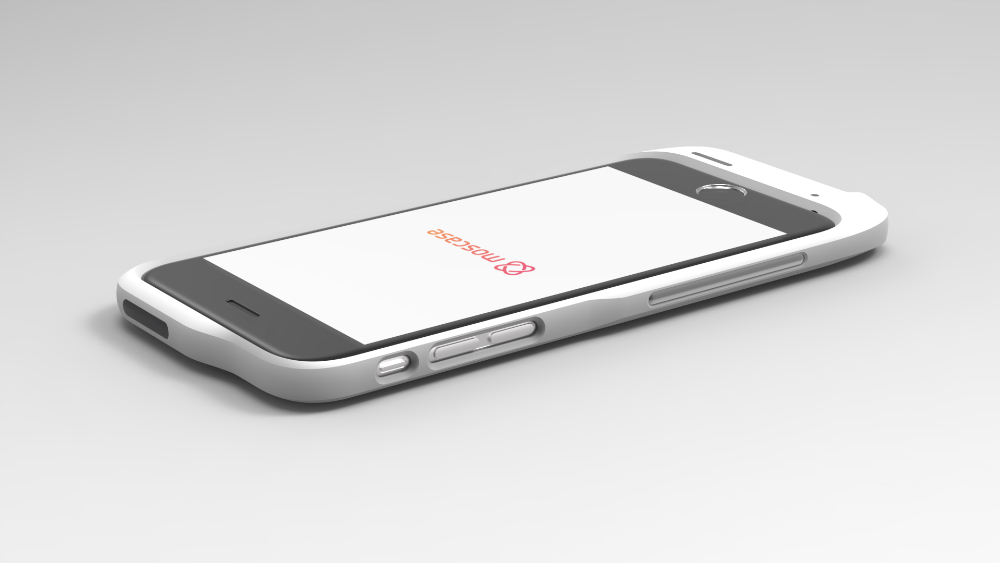 The iPhone 6 already comes with powerful built-in health and fitness tracking abilities that can help you stay in shape, but if that’s not enough and you want even more sensors to monitor your body, there’s a case that could help you out. Called Moscase, the health tracking accessory for iPhone 6 has just hit Kickstarter where it hopes to raise $150,000 in the next month.

In addition to offering protection for the iPhone 6, the Moscase integrates a variety of additional sensors including an optical sensor for heart rate and oxygen saturation and a heat sensor for temperature. More interestingly, there are also impedance sensors that can register stress levels, body-fat percentage and bioresonance by sending electromagnetic currents through your body.

All the data is then gathered and displayed by a special Moscase app that’ll deliver all the health statistics gathered from extra sensors on the screen.

Finally, the company behind Moscase plans to add inter-changeable Active Backplates to the Moscase in the near future that could offer additional features to iPhone 6 users including a Breathalyzer, additional speakers, solar battery charger, extra battery or e-paper display.

The cheapest Moscase costs $133 on Kickstarter and it’s compatible with iPhone 6 and iPhone 6 Plus. The price includes a free bumper in one of the eight colors available and a matching passive backplate. The Moscase should be shipped in October, assuming the project is fully funded.

More details about the Moscase concept are available in the following video.