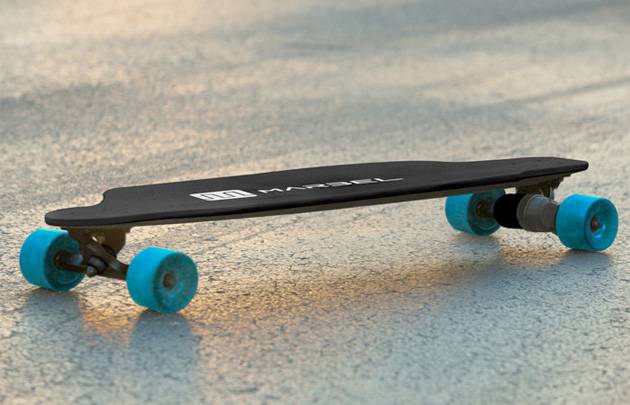 Skateboarders looking for an awesome new board should check out Marbel, an electric skateboard currently raising money on Kickstarter that looks very much like an ordinary board. The company says its skateboard is the “most advanced” ever built though, featuring battery technology similar to what you would find in a Tesla Model S.

A full battery charge lasts for 10 miles, and the board can cruise at speeds of around 20MPH, even going uphill. The board is controlled with a special handheld controller, or with the help of a smartphone app that can be used to set up various parameters, including top speed.

The Marbel board weighs 9.9 pounds and features a carbon fiber and Kevlar deck to protect the electrical components. The skateboard packs an 165Wh rechargeable Lithium Ion battery which takes 90 minutes to charge and is good for 1,000 full charge cycles.

The cheapest Marbel board that can be purchased via Kickstarter costs $1,199 and will ship in January 2015, as Early Bird pledges priced at $999 and $1,099, and shipping in October and November, respectively, are not available anymore. With 24 days left to reach its $90,000 funding goal, Marbel has already surpassed it by almost $20,000, which is good news for backers looking to score an early electrical skateboard.