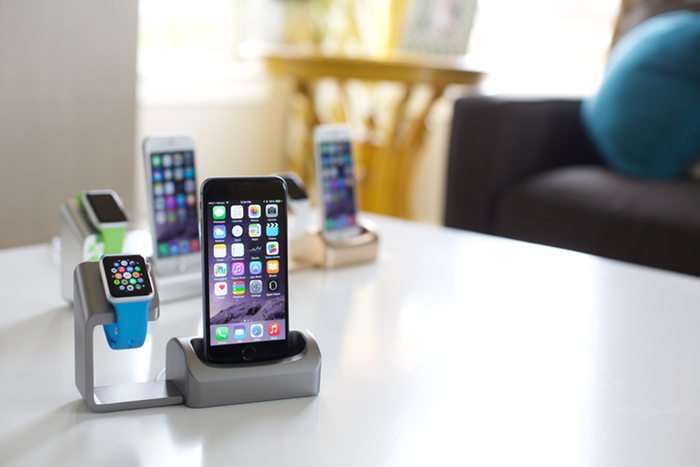 The Apple Watch is one of the best smartwatches you can buy, but it’s far from being perfect. The main problem with it for many users is its battery life. You’ll need to recharge the device nearly on a daily basis, even though the Watch can beat Apple’s own usage estimates. That means Apple Watch owners now have to worry about charging two devices and packing two different cables when traveling.

Luckily for Apple Watch owners, there’s a new Kickstarter project that might simplify how they charge the device. The Duet is a charging dock that supports both the iPhone and the Watch, working as a two-part charging hub that can be broken into independent charging stations or used as a whole.

The accessory seems to be perfect for charging the iPhone and Watch at home as the Duet can be easily placed on a nightstand, desk or any flat surface.

One of the “issues” with the Duet is that it doesn’t come with extra charging cables (Lightning for the iPhone and MagSafe for the Watch), at least not until some yet-to-be-disclosed funding tiers are reached. That means you’ll have to purchase additional cables yourself to power the Duet dock.

The cheapest Duet combo costs $79 on Kickstarter at this time ($20 off the final retail price) and should ship at some point in August. The campaign has already raised more than $15,000 already and has 31 more days to reach its $25,000 goal.

You can check out Duet in the following video.