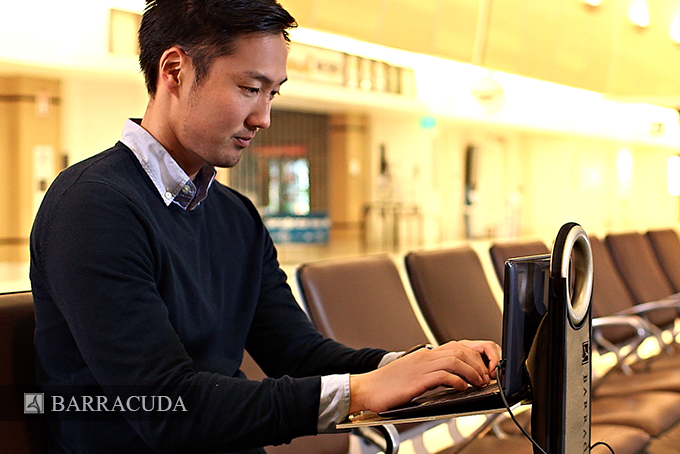 The Barracuda is a piece of smart, collapsible luggage that’s taking Kickstarter by storm. With 22 days left in the campaign, the company has already raised over $610,000 in pledges, or more than 30 times its original goal of $20,000.

The upcoming Barracuda is described as the world’s “first fully-collapsible hardside carry-on with built-in tray, GPS, ergonomic swivel handle and a distinctive design.” Additionally, the suitcase comes with a built-in removable battery that can power mobile devices on the go, and a tray that makes working on a laptop or tablet easier while waiting for your next flight.

The cheapest model you can buy right now on Kickstarter costs $240, with an additional $50 needed for smart features including location tracking and a proximity sensor. The Barracuda will start shipping at some point in November.

More details about the Barracuda are available in the video and full press release below.

The Barracuda campaign has moved at a rapid pace since it launched on April 14th, doubling its Kickstarter goal in just 48 hours.

Made out of ballistic nylon and aircraft grade aluminum, the innovative design of the Barracuda provides a new level of convenience to customers who can currently take advantage of the Kickstarter campaign packages in order to be the first to get the Barracuda. Features (some optional) include:

Collapsible frame/easy storage: Barracuda easily transforms from its rugged hard side form to a collapsed folded state within 10 seconds—capable of being slipped under a bed or behind a couch.
Easy-open flap: This feature makes it simple for users to slip open luggage in order to grab important items.
Location Tracking & Proximity Sensing: Unlike GPS which needs open skies to work effectively, this technology operates via mobile networks so that any connective device can be used to track the location of a Barracuda carry-on.
Built-in tray: The built-in tray that unfolds from the Barracuda handle is height adjustable, allowing users to place their laptop down on a safe, sturdy surface to work or catch up on emails.
USB charger: This feature allows users to charge their phone or tablet any time.
Ergonomic swivel handle: Barracuda saves users from cramped hands and wrists with this specially designed comfortable-to-use handle.

“We are thrilled with the overwhelming response to our campaign,” said Boban Jose, co-founder of Idea Potent. “This extraordinary amount of money raised in such a short time proves there is a demand for smart, technological products that provide exceptional convenience to the traveling consumer.”
Barracuda’s handle, tray and frame are made out of rigid but lightweight materials ensuring its durability for on-the-go travelers. The campaign is available on Kickstarter through May 29, 2015.