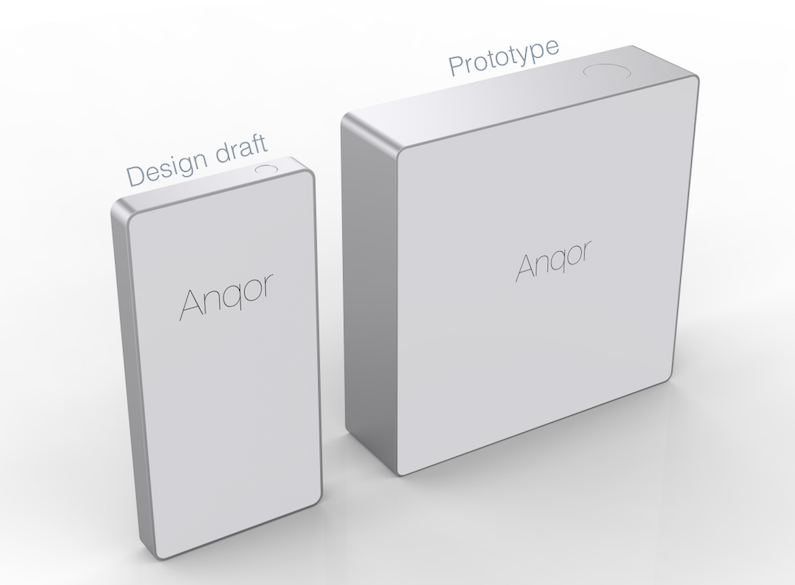 Hailing from Denmark, Anqor is an interesting new mobile hotspot whose aim is to fix all data roaming problems for frequent travelers and deliver a steady Internet connection for a significantly decreased cost, thus helping them cut those expensive data roaming charges while abroad. The device, however, is far from being commercially available, as it’s currently raising money on Kickstarter to become a real product.

Interestingly, Anqor promises an instant connection to the best network available in a new country without the user having to worry about buying local SIM cards to enable the service. Instead, the user simply has to turn the On button, at which point the Anqor will be able to detect its location and connect to the fastest wireless provider available.

According to the company, the device “loads a local data SIM card from its database,” once turned on, in order to offer Internet service.

Unsurprisingly though, Anqor does come with its own monthly plans – after all, access to a local data SIM card isn’t free. Users should expect to pay around £32 per month for 2GB of international data (a subscription that can be activated and paused at any time), while an option for at home data would cost £10 per month for 5GB of included traffic.

Each Anqor hotspot can support up to 10 devices, and has up to 8 hours of normal use on a single battery charge. The company wants the Anqor to look more or less like a bulkier smartphone, although the current prototype is slightly bigger than that, looking more like a larger version.

The cheapest Anqor currently costs £140 on Kickstarter (although that’s the early bird price) and should ship at some point in May 2015, assuming the project is funded in the following month.