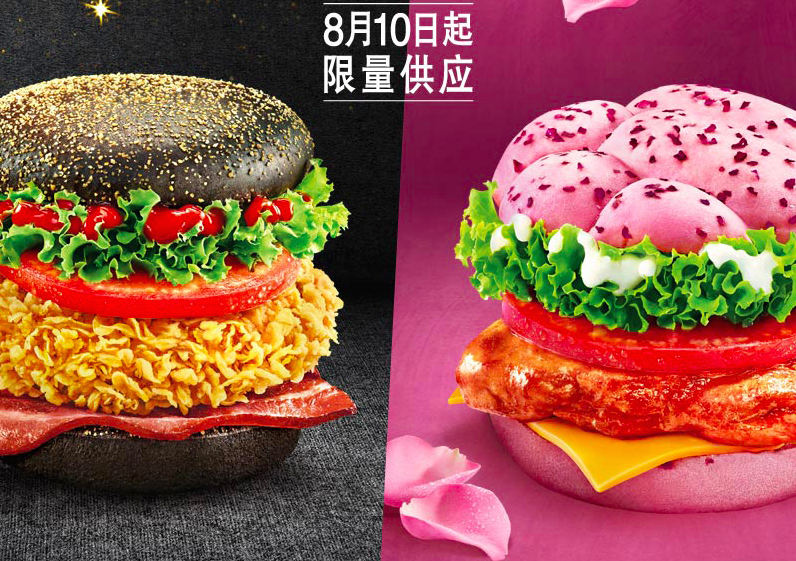 You know how fast food never looks as good in person as it does when you see it on television? Well KFC China’s newest pair of sandwiches won’t have that problem because there’s no way that they can look any less appealing than they do in their official photos, as you can see in the picture at the top of the page.

The Nanfang informs us that KFC China has just unleashed two new sandwiches that feature some of the least appetizing sandwich buns we’ve ever laid eyes on. The “Black diamond bacon spicy chicken leg burger” features a giant honking slab of fried chicken encased by two charcoal-black pieces of bread. Even more striking is the “Rose cheese roasted chicken leg burger” that’s most notable for its bright pink sandwich bun.

We understand that different cultures have different tastes but if your sandwich looks like something that requires experts from the International Atomic Energy Agency to safely disarm, there’s something seriously wrong with it.

What could KFC possibly be thinking here?

“One media outlet is speculating that KFC is shrewdly borrowing some of the spotlight of Puella Magi Madoka Magica, a Japanese anime that is popularly received in China,” The Nanfang explains. “Their theory is that the new KFC promotion is heavily based on black and pink in order to draw a connection to the show, whose two main characters use the same colors.”

Here are the characters in question.

So at the very best, KFC China is trying to have its customers simulate biting the heads off two popular anime characters. We suppose this is better than eating a deep-fried rat, but it’s still not something we’d partake in ourselves…