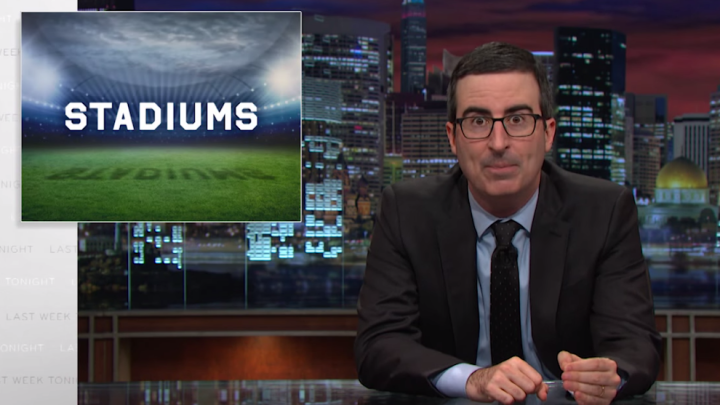 One of American taxpayers’ most baffling traits is their willingness to support using public funds to subsidize stadium construction for professional sports teams that are often owned by billionaires. The most shameless tricks that franchise owners use to get their stadium projects approved by taxpayers is to threaten to move to another city if they don’t get their ways. John Oliver this week called B.S. on these sleazy tactics in a hilarious rant about billionaire owners shaking down American taxpayers for stadium cash.

FROM EARLIER: Comcast has a TV streaming package for cord cutters and I can’t stop laughing at how bad it is

The slimiest stadium pitch cited by Oliver was the Minnesota Twins airing a TV ad that declared that children undergoing chemotherapy in the Minneapolis area would never get visits from star baseball players anymore if taxpayers didn’t fork over cash to build a new stadium. Oliver said this was less like the Make a Wish Foundation and more like the Make a Threat Foundation.

Oliver also rightly lampoons sports franchises who claim that building a new stadium will lead to economic miracles the likes of which the world has never seen.

“For a start, I don’t think Wisconsin will be transformed by one new arena,” he says after watching a truly ridiculous propaganda video produced by the Milwaukee Bucks about the benefits of a new stadium. “And second, if you really are looking to make a tangible change, how about coming up with a better slogan than ‘Fear the Deer?’ Deers aren’t scary, they’re timid forest ponies with sticks on their heads.”