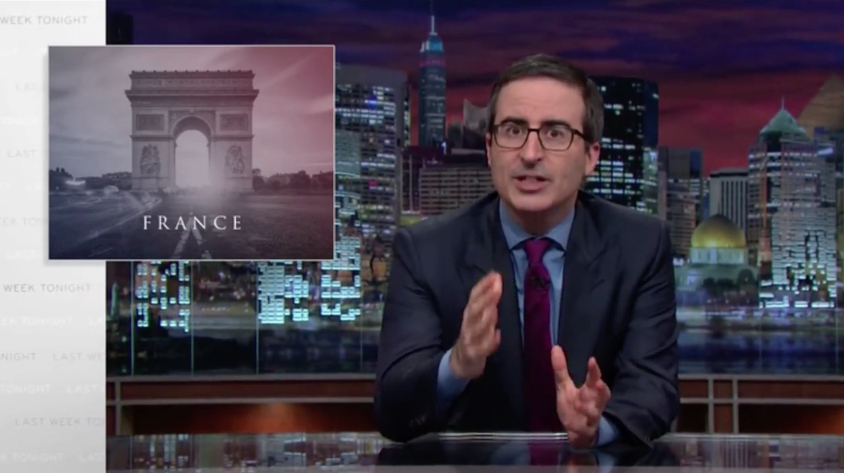 A carefully planned terrorist attack targeted Paris on Friday, leaving hundreds dead and wounded in various locations of the French capital. You have undoubtedly seen plenty of coverage of the Paris tragedy on television and on social media over the weekend. And HBO’s John Oliver did not stay away from the subject either, speaking his mind on the latest edition of Last Week Tonight.

“Sadly, we must begin with a few words about France which on Friday suffered the deadliest attack on its soil since World War II,” Oliver started, in a rather serious tone. “Look, it’s hardly been 48 hours, and much is still unknown, but there are a few things we can say for certain. And this is when it actually helps to be on HBO where those things can be said without restraint.”

In other words, get ready for some not-safe-for-work profanity.

“Because after the many necessary and appropriate moments of silence I would like to offer you a moment of premium cable profanity,” Oliver raged. “So here is where things stand. First, as of now, we know this attack was carried out by gigantic fucking assholes. Unconscionable flaming assholes possibly, possibly working with other fucking assholes, definitely working in service of an ideology of pure assholery.”

Oliver’s segment is rather short, but he’ll probably be back with more coverage as the investigation into the Paris events unfolds. Check out his full piece on the Paris attacks below and remember: It’s not safe for work.