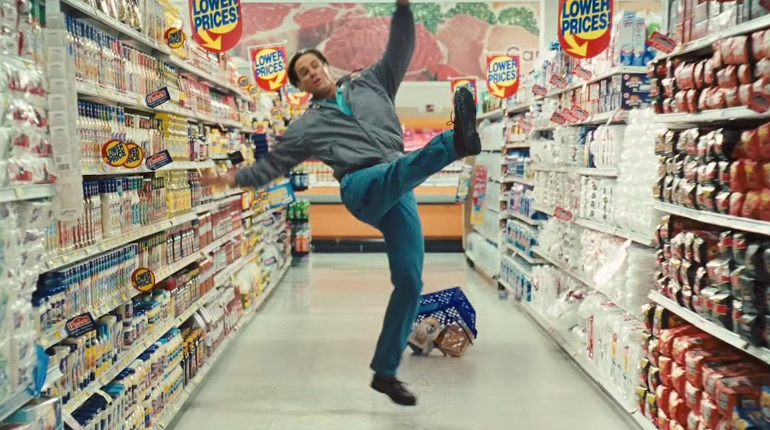 Even if you’re not a Jim Carrey fan, you’ve probably seen the popular comedian falling once or twice in his movies. As you might expect, falling is one of the many gags Carrey uses to get laughs from the audience. So go ahead, drop that report you’re pretending to finish up and minimize the email you’ve yet to figure out a response for, because you should definitely watch Carrey fall down for 4 continuous minutes.

DON’T MISS: Microsoft Waves the White Flag in Battle with iPhone and Android

YouTube user Shawn Kohne put together the short clip as a tribute to Carrey. “I love Jim Carrey, and his physical humor is unlike anyone else. This is my tribute to him falling down throughout his career,” he said on YouTube. And we have to thank him for his effort.

You’ll see the actor falling down for all sorts of reasons, and you’ll probably recognize some of his most famous characters in the clips. But you’ll also see Carrey take hits and go down in sketches and stand-up comedy routines, not just movies.