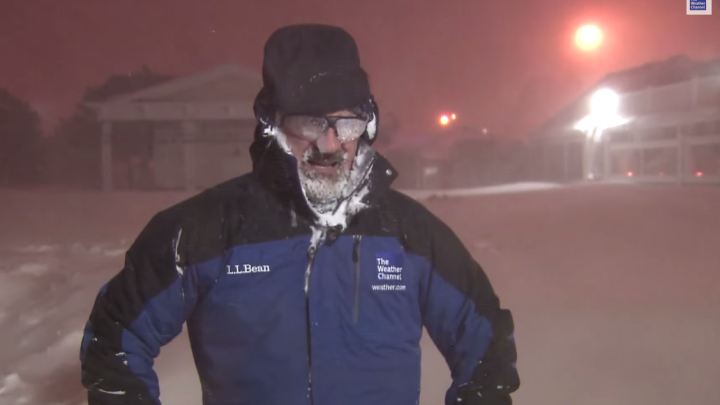 Meteorologists tend to be a little bit strange by nature but we don’t think we’ve ever seen one get quite so excited about unusual weather as The Weather Channel’s Jim Cantore did this past weekend.

Cantore was up in Boston over the weekend to get a look at the latest massive snowstorm to hit the city. To his happy surprise, it turns out this weekend’s storm was a rare “thundersnow” event in which the blizzard was punctuated by occasional bursts of lightning.

The Weather Channel itself has a good explanation for why thundersnow is so rare and what conditions have to be met for it to occur. It essentially boils down to this: “When the unstable layer develops where the temperature is about -10 to -20 degrees Celsius (+14 to -4 degrees Fahrenheit), conditions are favorable for both snowflakes and small hailstones (called graupel) to form. As these different particles interact, electrical charges can develop.”

At any rate, the bottom line is that this development was extremely thrilling to Cantore. A video posted by The Weather Channel shows that every time lightning struck during the snowstorm, Cantore would give an exciting holler and pump his fists at the sheer marvel of being in the middle of it.