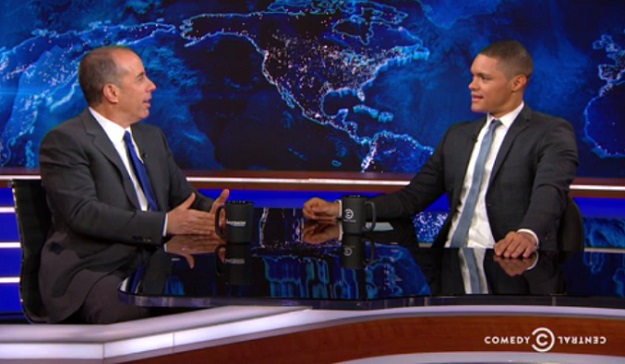 Seinfeld may have ended more than a decade ago, but Jerry Seinfeld has remained in the limelight in some form or another over the past few years. Just a few weeks ago, for example, Seinfeld performed a 5-minute set during an appearance on The Late Show with Stephen Colbert.

More recently, Seinfeld sat down for an interview with Trevor Noah on The Daily Show where the two talked about suits, Seinfeld’s recent performances in Israel, the perks of being in his 60s, the origins of Comedians in Cars Getting Coffee and a little bit more.

DON’T MISS: These are the hottest iPhone 7 concepts we’ve seen so far

The entire clip can be viewed below.