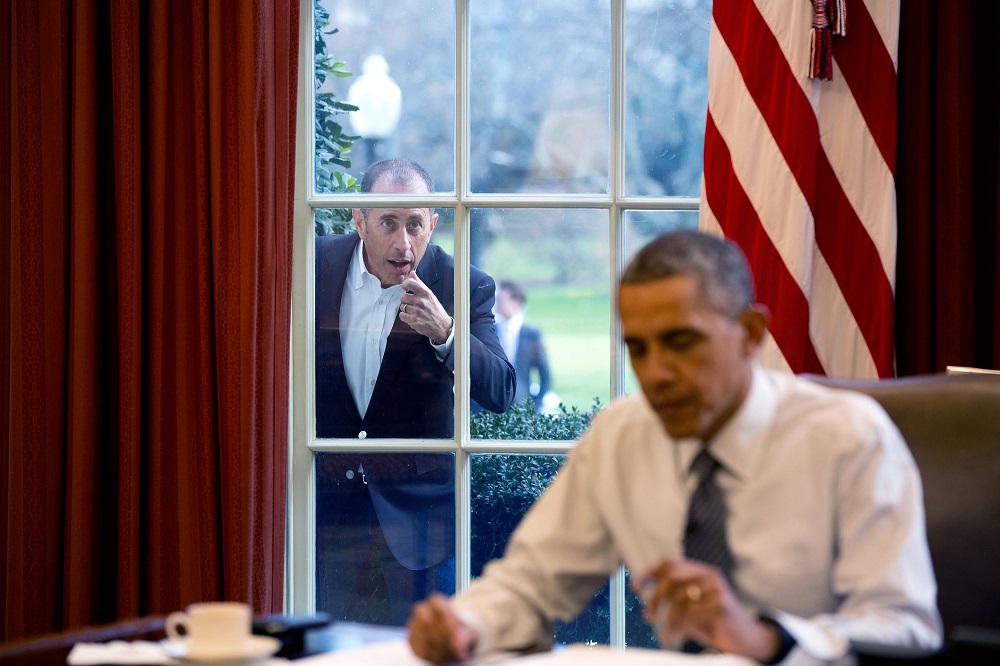 The photo you’re looking at above may appear to be something whipped up in Photoshop, but we can assure you that it’s 100% legit. In fact, it comes straight from Pete Souza, the Chief Official White House Photographer.

Souza posted the photo online earlier today as part of a compilation chronicling the year gone by. Souza’s entire photo series is definitely worth checking out in its entirety, but this particular shot of Jerry Seinfeld knocking on Obama’s Oval Office window, like a quirky sitcom neighbor, was worth highlighting.

As for the backstory to the photo, Souza notes that it was taken on December 7 and adds the following caption: ““Comedian Jerry Seinfeld knocks on the Oval Office window to begin a segment for his series, ‘Comedians in Cars Getting Coffee.’”

Indeed, the seventh season of the web series kicks off today at 11:30 PM Eastern. It can be streamed for free over at Crackle and is definitely worth watching if you haven’t seen it before.

For those interested, a trailer for the upcoming season can be viewed below.

And on that note, let the Photoshopping games begin.