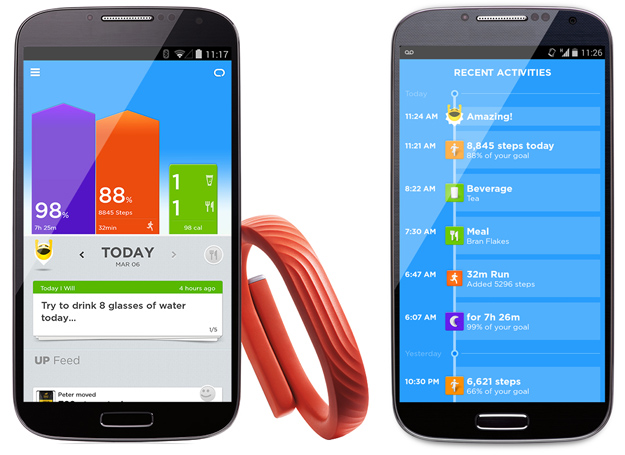 I swore I would never try Jawbone’s future fitness bands after having such an awful experience with the second-generation UP. But when I finally gave in and bought the new UP24, I quickly learned that it is indeed the best fitness tracking band in the world. Until recently, only iPhone owners had access to Jawbone’s UP24 band because the Android version of the company’s UP app didn’t support the new model. As of Tuesday, however, that changes.

Jawbone has just announced the release of the UP 3.0 app for Android, which brings with it several new features and enhancements. Most importantly though, it adds support for the awesome UP24 fitness band courtesy of Bluetooth sync support.

“We believe that helping people understand the context and meaning of their data is key in helping to make sustained behavior changes,” said Jawbone’s vice president of product management and strategy, Travis Bogard. “Through our investment in data science we have been able to provide personalized insights to help nudge people to meet their sleep or activity goals. Now with the launch of UP24 on Android, our entire community can enjoy the benefits of these insights in real-time, with continuous feedback and in-the-moment notifications to help them achieve their goals. Android users have been incredibly active in the UP community, and we’re thrilled to bring UP24 to the Android platform.”

Jawbone’s updated UP 3.0 app for Android is available beginning Tuesday for free in the Google Play app store.