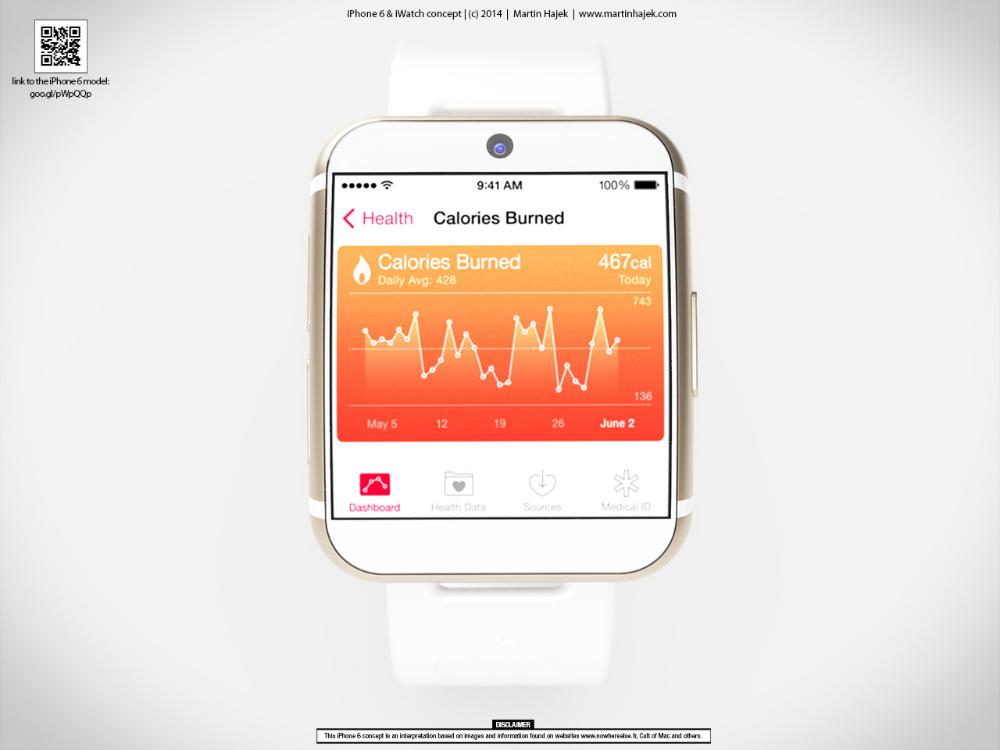 Apple’s first wrist-worn wearable computer, a.k.a. the iWatch, is expected to be unveiled on Tuesday during a special media event and launch at some point in early 2015. The device won’t be the first such gadget – in fact, Samsung has flooded the market with no less than six models in the last year alone – and will have some of the same features other smartwatches already offer, including fitness, notifications, apps integration and even support for wireless payments but The New York Times also speculates that the iWatch might have a secret weapon under its belly that could be instrumental for its success.

FROM EARLIER: Apple’s iWatch may have just been leaked – here are the first pictures

The publication quotes several analysts who expect Apple to have already negotiated various deals with medical companies that will transform the iWatch into something much more than a smartphone-tethered device.

Partnerships with medical companies meant to improve health monitoring might help the iWatch in the same way deals with record labels helped the iPod emerge as the must-have music device many years ago.

However, considering the privacy implications of managing such personal data, Apple’s job might be a lot difficult than dealing with music studios was.

“I believe they’ve been doing that [negotiating] with the health market,” Creative Strategies analyst Tim Bajarin said, adding that Apple may have been “quietly working with many partners in the health industry to prepare for its health-monitoring watch,” not just the Mayo Clinic and Epic Systems, partners Apple mentioned when introducing HealthKit at WWDC 2014.

Health monitoring partnerships may be critical for the iWatch’s success, as they could give people “a reason to want to wear a computer around their wrist all the time,” Mark A. McAndrew said, a partner at Taft Stettinius & Hollister, a law firm used to working with health and science clients.

Meanwhile, more mundane features such as mobile payments and fitness tracking might not be enough for some people to consider buying such a device. “Smartwatches, as they currently stand, are trying to meet needs which most people simply don’t have,” Jackdaw Research analyst Jan Dawson said, after finding that interest with consumers in the aforementioned features was low.

One other reason that could indicate Apple is taking health monitoring seriously may be rather personal. The Times quotes an anecdote from Walter Isaacson’s Steve Jobs biography about the former Apple CEO’s hatred for the design of some of the health-monitoring tools used on him in hospitals.

“Steve in his last years had an amazingly difficult relationship with the health care industry,” Bajarin said. “This is probably one of Steve’s last big things that he personally drove.”

Previous reports about the iWatch have revealed that Apple’s gadget might pack a slew of sensors not found on other similar devices, which could be used in the future for more advanced health monitoring practices.