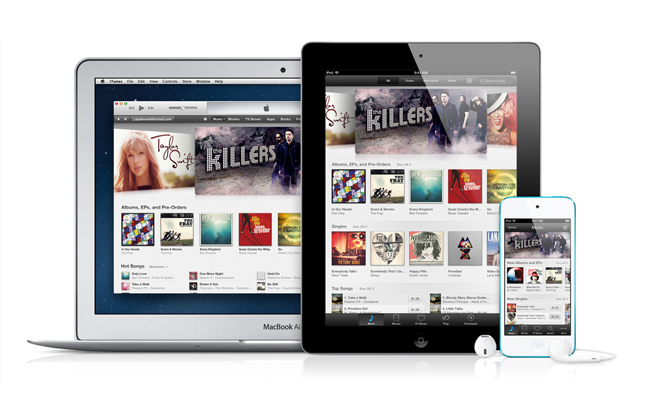 Apple is apparently working on various music-related products meant to counter the effect of dropping download sales, with the company currently being rumored to consider both launching a Spotify-like service, but also a standalone iTunes application for Android. Billboard reports that Apple has opened exploratory talks with senior label executives about launching such services, although nothing is official just yet.

The discussions with labels are at a very early stage, according to sources familiar with the matter. “”They are feeling out some people at labels on thoughts about transitioning its customers from iTunes proper to a streaming service,” a major label source said. “So when you buy a song for $1.29, and you put it in your library, iTunes might send an e-mail pointing out that for a total of, say, $8 a month you can access that song plus all the music in the iTunes store. It’s all in the ‘what if’ stage.”

Apple is considering other means to making downloads more popular, including releasing albums on iTunes before the CDs hit the market, but also making its digital store easier to shop.

Data from Nielsen SoundScan shows that U.S. digital album sales are down 13% for the week ended March 9, while digital track sales are down 11% from last year. Meanwhile, revenue for streaming services increased. Spotify, Pandora and YouTube generated $1.4 billion in subscription, advertising and licensing revenues in the U.S. last year, a 39% increase from 2012, with downloads dropping 3.2% to $2.9 billion, according to data from the Record Industry Association of America (RIAA). Similarly, music streaming revenue grew 51% worldwide last year, while downloads dropped 2.1%, according to the International Federation of the Phonographic Industry (IFPI).

Steve Jobs famously said that Apple wasn’t considering making an iTunes app available to Android, as he didn’t see any advantage “except to make users happy,” and that he didn’t “want to make Android users happy.” However, Tim Cook may have a different opinion about Apple developing apps for Android, with the CEO saying last year that Apple wouldn’t have any “religious issue with doing that. If we thought it made sense for us to do that, we would do that.”