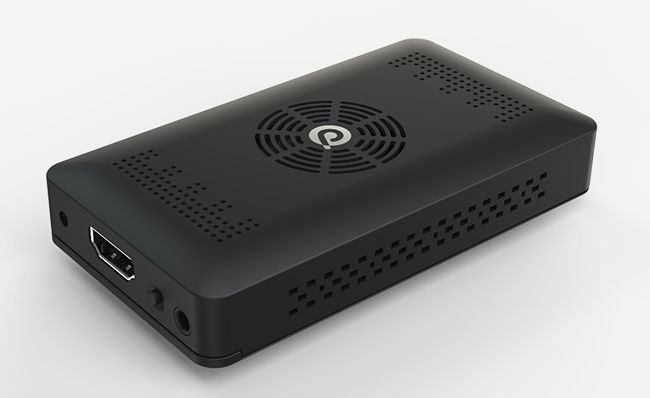 The iStick A300 is a tiny dongle that, just like Google’s Chromecast, looks very much like a memory stick — but it’s actually much smarter. The device is an Android-powered PC in a tiny box, and it can be hooked up to a monitor or big-screen TV via a micro HDMI connection.

The iStick is better suited to work with touchscreen devices, but it also has 3 USB ports and 1 microSD port for additional devices, an optional mSATA port that supports external solid state drives, as well as Bluetooth 4.0 LE and Wi-Fi support.

PQ Labs, the company making the iStick, advertises the device for commercial use, including power digital signage and kiosk systems, but it can also be used “as a home media server, a portable Android computer, or thin client system for logging into remote PCs,” as Liliputing points out.

The iStick is available in three versions, with prices starting at $89 and going all the way up to $169 – the top model also comes with an SSD port.

Depending on chosen model, the iStick will feature either a dual-core 1.6GHz or quad-core 1.6GHz Rockchip RK3188 processor, up to 2GB of DDR3 RAM, 4GB of storage, microSD support, and a 270mAh battery. The device also comes with its own cooling system – depending on the version, it uses either active fan cooling or silent passive cooling.

While it’s built on Jelly Bean, the iStick’s user interface is actually similar to Microsoft’s “Metro” user interface, and the device comes with equipped with AirScreen “wireless meeting” technology.

A similar project that turns a tiny Android projector into a portable PC is getting ready to start its Kickstarter campaign.