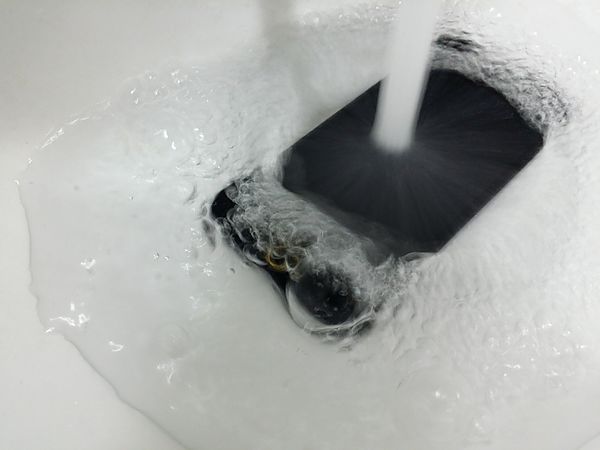 The iPhone isn’t waterproof or even water-resistant as some of its Android-based rivals, but that doesn’t mean that dropping it in water means instant death for the handset. As one Macworld writer discovered, the phone can survive such annoying accidents, and there’s always hope it’ll turn back on and function properly just like before being submerged underwater.

FROM EARLIER: This $30 spray will make you iPhone or Android phone waterproof

Macworld’s Rob Griffiths dropped his iPhone 5 in a lake while vacationing with his family and left the device for at least five minutes in lake water that measured around 10 feet deep.

However, even though he suspected the Apple device may be dead, Griffiths still placed the recovered iPhone – which at that point would not turn on anymore – into a rice bag to absorb liquid. After 18 hours in the rice, the iPhone was still “deaded than dead,” and would not turn on, so the owner decided to tear it down following an iFixit guide, proceeded to blast the entire inside of the phone with compressed air.

Surprisingly, the iPhone turned on after being reassembled, although not everything appeared to be working at first, with the Home button and SIM chip apparently affected. After another round of compressed air action on the home button, and a few visits to an AT&T store for SIM card replacements, the iPhone was as good as… well, a two-year old iPhone 5 that took an unexpected journey.

Most importantly, all the files on the iPhone were still there, including pictures Griffiths had taken during that trip.

“[I]f your iPhone gets wet—even really wet—don’t give up hope,” he wrote. “Do not press the power button (as I did—whoops). Do put it in a bag of rice for as long as you can. Do disassemble it if the rice trick doesn’t work; you might get lucky, as I did. Don’t be afraid to experiment on it, either—it’s already dead, so it’s not like you can make it any more dead.”

The entire story is available at the source link.