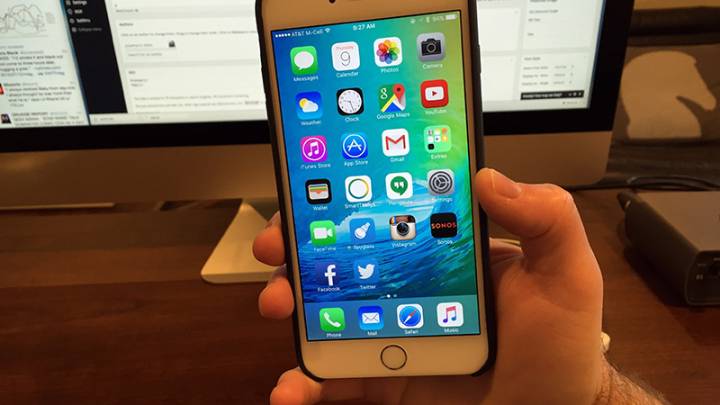 iPhone sales during Apple’s most recent quarter skyrocketed 35% year over year, an impressive figure attributable, in part, to a record number of Android switchers opting to see what life is like within the confines of the iOS ecosystem.

News of the uptick in Android to iPhone migration was relayed by Tim Cook who, during Apple’s earnings conference call yesterday, said that Apple over the last three months saw the “highest switcher rate from Android that we’ve ever measured.” Cook seemed genuinely pleased with the data point, making a point of mentioning it two other times during the call.

DON’T MISS: Breakthrough innovation could pave the way for a radically redesigned iPhone

Broadly speaking, the fact that iPhone sales increased 35% year over year is no small feat given that the June quarter isn’t traditionally a huge window for smartphone upgrades. To put the 35% figure into perspective, iPhone sales from Apple’s June 2014 quarter relative to its June 2013 quarter increased by just 12%.

It certainly stands to reason that the the iPhone 6 and the gargantuan iPhone 6 Plus were instrumental in convincing a record number of Android users to make the switch. For years, one of the biggest differentiating factors Android handsets had over the iPhone was a bigger screen. With Apple’s most recent iPhone lineup, that advantage was thoroughly and emphatically eliminated in one fell swoop.

Looking ahead, don’t expect the iPhone train to slow down anytime soon. As we’ve previously highlighted, the iPhone 6s release will likely trigger the largest iPhone upgrade cycle in history. All the while, sales of the Samsung Galaxy S6 have fallen far short of expectations.