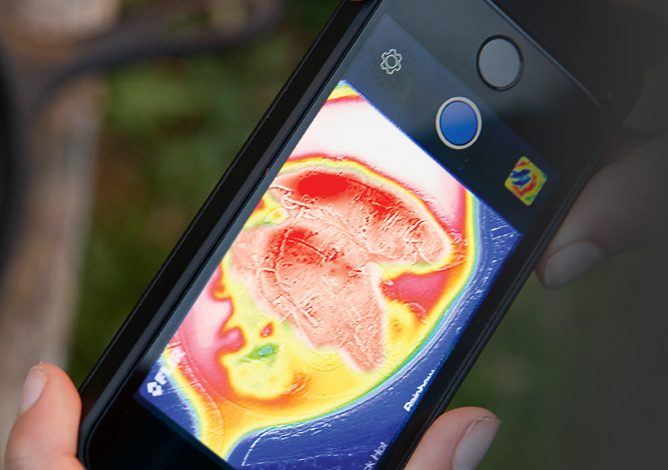 One of the most successful Kickstarter projects right now is Hema-Imager, which has so far secured $86,000 in support. It’s a “wireless thermopile-based imaging device compatible with nearly any smart device” and it features temperature accuracy of 2 degrees Centigrade.

Other use cases cited by Hema and Flir One include figuring out whether a cup of coffee might be too hot, detecting wild animals around your campsite from within your tent, measuring dampness in buildings’ walls, locating pets and finding a husband potentially hiding behind a sofa.

Some of these seem to be something of a stretch when it comes to convincing someone to buy  a device that costs between $250 to $350. Why would your “friends” hide from you at night and what are you going to do to them after you find them cowering behind a mulberry bush, shivering in the dark? And wouldn’t dipping your upper lip in your coffee mug ever so slightly reveal the coffee’s temperature more quickly than a thermal imager?

Nevertheless, the street finds its uses for new technologies, as William Gibson has pointed out. There will no doubt be new apps developed for finding sinister and/or amusing purposes for thermal imaging once it becomes widely adopted. And now that the price of these devices is dropping below $300, it is only a matter of time before this phenomenon goes mainstream.