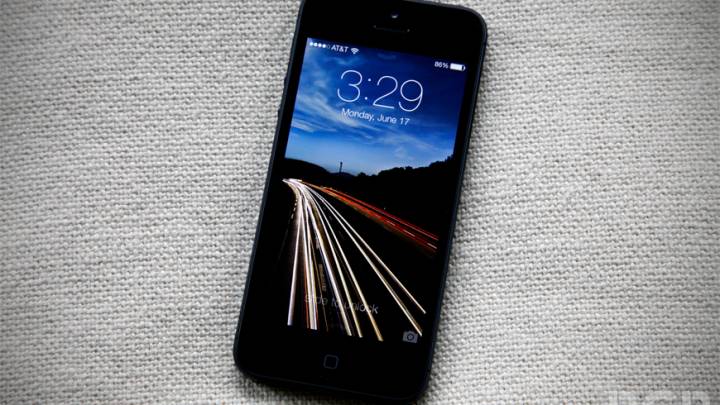 Apple managed to earn $9.5 billion in profit on $43.6 billion in sales last quarter without launching any exciting new devices, but the long wait for new launches is expected to begin taking its toll this quarter. Oppenheimer analyst Ittai Kidron cut his fiscal third-quarter sales estimates in a note to clients on Tuesday. While iPhone 4 and iPhone 4S sales are “stable,” according to the analyst, checks are apparently showing that iPhone 5 sell-through has been “mixed.” As a result, Kidron cut his June-quarter EPS estimate to $7.23 on $35 billion in revenue. In the fiscal fourth quarter, he sees Apple earning $8.84 per share on $38.9 billion in sales.

The analyst believes that Apple’s next-generation iPhone 5S will launch sometime in September, but sales will be slower until then. As a result, Kidron notes that his lowered 29 million-unit estimate for the September-quarter may still be on the high end.

Regarding Apple’s declining share price, he thinks it will still be some time before a real catalyst comes along to help Apple reverse the current trend.

“With cash use already addressed and recent tweaks to mgm’t compensation unlikely to change sentiment, better visibility into the next product cycle is critical to drive the shares,” Kidron wrote in the note, which was picked up by Barron’s. “Our projections don’t anticipate a larger-screen iPhone in Sept. or new segments (iWatch/iTV), all of which could spur investor interest. We see a larger iPhone as a CY14 reality, but only mildly incremental to estimates/ sentiment. We’re lukewarm on an iWatch, but view iTV as having more game- changing/innovation-reaffirming potential.”