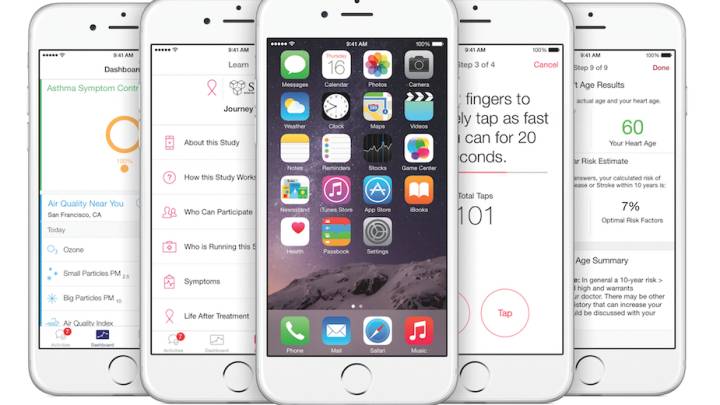 Apple’s big event earlier this week wasn’t all about smartwatches and laptops, as several other products and initiatives were announced on stage — of them, one might prove to be the most important announcement Apple made in years, one that could completely reshape another industry.

FROM EARLIER: Apple’s most meaningful announcement on Monday had nothing to do with MacBooks or Apple Watches

This time around it’s not about music, smartphones or tablets but about medicine and health, as Apple has taken one more step to making iOS devices crucial items in our lives by letting medical professionals use special apps to study certain diseases. Bloomberg reports that the ResearchKit initiative is already a major success for Apple, as both researchers and regular users are thrilled at the prospect of using iPhones to deliver better quality health care.

More than 11,000 people signed up for a Stanford University cardiovascular study by Tuesday morning, less than 24 hours after the software framework was introduced. Normally, to get 10,000 in a study would take Stanford about a year, using 50 medical centers around the country.

Similarly, an app tracking Parkinson’s patients had more than 5,500 consenting users by Tuesday morning, thanks to the special app created using ResearchKit. While the cost of the app is not known, a traditional trial with close to 800 patients over five years cost $60 million.

In addition to enrolling plenty of patients in studies that could prove to be beneficial for the future of medicine, ResearchKit apps would also let scientists get accurate reports about patients, while also potentially influencing some of their health-related choices.

Despite this initial success, however, ResearchKit isn’t necessarily flaw-free, as it could lead to some bias and offer misleading data. Bloomberg highlights several potential problems, including demographics-related issues — iPhone users are more likely to have graduate and doctoral degrees and higher incomes than Android users, for example.

Furthermore, even though ResearchKit apps might prevent patients included in trials from lying about their exercise and fitness activities, they also prevent researchers from asking open-ended questions like in regular studies that include face-to-face time.

Bloomberg’s full report on ResearchKit is available at the source link.