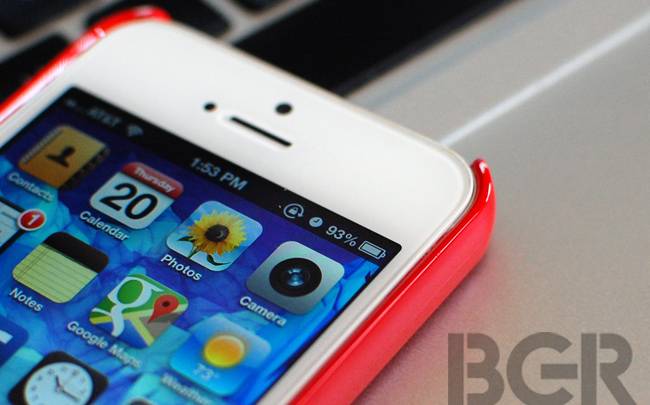 Both Bloomberg and the Wall Street Journal now believe Apple (AAPL) is seriously considering launching a cheap iPhone. Speculation about this has been going on for years. But the probable price range mentioned by Bloomberg is a huge shock: The rumored retail price range of $100 to $150 is far below what had earlier been assumed. The iPhone 5 tends to sell for more than $700 in emerging markets. The 2-year old iPhone still costs more than $500. That is the reason why iPhone market share is fading below 5% in major markets like Brazil. But industry experts had widely assumed that the retail price of a low-end iPhone would be somewhere around $250 to $300. Even this would trigger radical changes in the handset markets around the globe.

Anything under $200 would be an earthquake. Smartphones with capacitive touch screens and 1 GHz processors selling under $150 at retail cannot have operating margins above 15%. Nokia (NOK) has 70 million unit quarterly feature phone volumes and a lot of experience in tight cost control. Yet even Nokia cannot get the operating margins of its latest and most desirable Asha models costing less than $150 much above 10%. You can only lower touch screen quality or processing power of a low-end iPhone so far. Moving to a resistive touch screen or a 600 MHz processor would splinter the iOS app market.

If Apple truly is willing to dive into the sub-$200 gutter, the impact on vendors from RIM (RIMM) and Nokia to HTC (2498) and LG (066570) would be devastating. The best-selling prepaid smartphone in the United Kingdom right now may be the Huawei Ascend G300, a device with 4-inch display, 5 megapixel camera and 2.5 GB of internal memory that sells for about $160. This is the sweet spot of the budget smartphone market from Europe to Asia. It is quite possible to do a cheap iPhone with these specs, priced at $150 in the fourth quarter of 2013 and shoot for maybe a 10% operating margin.

That device would sell a hundred million units in a year with no marketing, if the production can be ramped up fast enough. It would reverse the market share losses Apple has recently suffered from Brazil to Germany literally in a quarter or two. But would Apple really be willing to tolerate the massive margin hit such a product would trigger? Being the champion of the mobile software market is worth a lot. But a sub-$150 iPhone would carry the obvious risk of cannibalizing the $650 iPhone sales deeply and permanently. The performance requirements created by the iOS app market prevent Apple from constraining the budget iPhone with truly low-end components.

Of course, the strategic impact of a bargain basement iPhone would be momentous. Apple would get to play Attila the Hun and literally wipe out smaller rivals who couldn’t possibly undercut a $150 iPhone on price. It is worth noting that one of the best-selling Nokia feature phones, the Asha 311, costs about $140 in retail. If Bloomberg is right, Apple is preparing to attack with a smartphone priced to the level of a feature phone that was created specifically for Africa and India.

It is clear that Apple is being forced into a corner. Google (GOOG) Play app revenue growth is now far faster than iOS app revenue growth. Instat claims that the page views of Android smartphones have started soaring above page views of iPhones across various markets. Apple cannot allow Google to gain hegemony in mobile content consumption in Asia, Latin America and Africa. Something has to be done. But the plunge into deep budget territory that Bloomberg is describing is very difficult to believe.