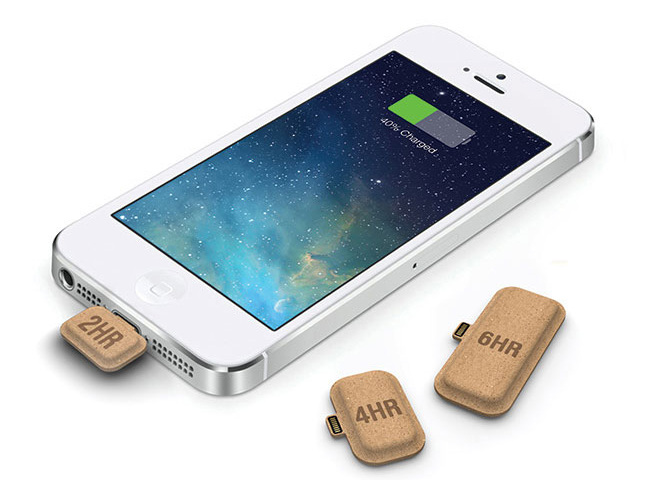 No matter how big smartphone batteries are, smartphone users still often must rely on external battery packs to keep them going, so it’s no wonder the accessory market is filled with third-party accessories that promise to prolong battery life on iPhones, Android devices and other gadgets that might require frequent charging. FastCoDesign has found a new external battery concept though, and it offers a different and unique take on providing extra power.

FROM EARLIER: Meet XOO, the belt that can recharge your iPhone and Android smartphone

Designer Tsung Chih-Hsien has imagined a disposable cardboard battery capsule that would come in different sizes called Mini Power, which can deliver a battery boost for a certain amount of time (as seen in the image above), and can then be recycled.

The Mini Power batteries would be purchased in bulk and would be broken off a perforated sheet whenever the user needs more juice for his or her iPhone. Once the energy is depleted, the tiny cardboard packs could be recycled at the same store where they were initially purchased.

Even though the Mini Power battery won a Red Dot Design award, it’s not clear if or when such a smartphone battery accessory solution will actually be made available.