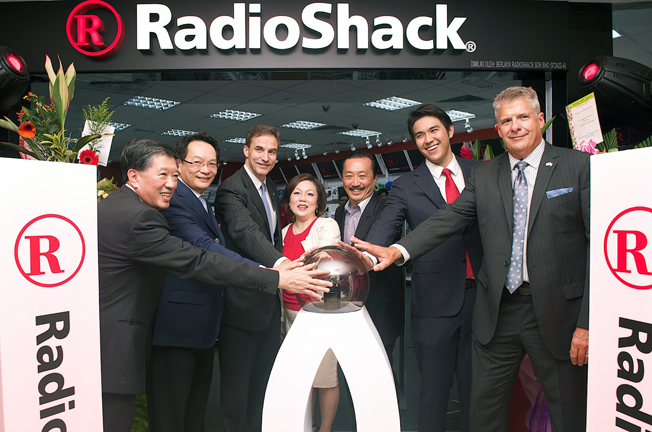 Public relations is a tough gig, and tech PR may be among the toughest due to the sheer volume of companies constantly fighting for coverage. Tech writers can get a hundred or more emails each day from PR companies hoping to get their clients publicity, so it is no easy task to concoct a pitch that draws interest. There isn’t a magic recipe for standing out in the crowd of PR flacks vying for coverage, but the best way to separate yourself from the pack and avoid wasting writers’ time and your clients’ money is often to simply pay attention. RadioShack (RSH), as it turns out, is very good at paying attention.

On September 21st, the day Apple (AAPL) launched the new iPhone 5, I wrote a quick piece about where people might be able to buy a new iPhone if they hadn’t pre-ordered one. In it, I mentioned RadioShack among the list of Apple retail partners that would be stocking iPhone 5 handsets on launch day, but I warned that inventory may be limited. I also included an anecdote about a personal experience I had more than two years ago:

RadioShack is a tricky endeavor. Stores got very limited quantities last year when the iPhone 4S launched, and some stores didn’t get any iPhones even in major cities. When the iPhone 4 launched, many stores that were supposed to get launch-day shipments didn’t get anything — in fact, I pre-ordered an iPhone 4 from a RadioShack near my home and they still haven’t called to tell me my order arrived. Maybe next year.

Now, here’s where paying attention comes into play. RadioShack read the post, and the wheels began turning. While it would have been very easy to simply ignore my complaint about something minor that happened more than two years ago — truth be told, I would have ignored it — some creative people saw an opportunity. After all, turning a negative into a positive is the ultimate challenge in public relations.

And so on Wednesday morning, I received a box in the mail.

I get plenty of boxes in the mail as part of my job here at BGR, so I thought nothing of it. The return address listed Weber Shandwick, a large PR firm that represents several companies I work with regularly, so I assumed it was a review unit of some kind. This was not the case.

Upon opening the box I found about half a dozen items along with a handwritten note that reads as follows:

Have you ever studied wormholes? Didn’t think so — but we, being at RadioShack headquarters, have access to this technology and it doesn’t always go as planned. A good example is your previously ordered iPhone 4. We were trying to be hotshots by sending select pre-order units to customers via wormholes and, well, yours went to another dimension. The only reason we know this is because it came back. We could argue the theories of objects sent through wormholes, but our scientists do this for a living and you do not.

So — here is your iPhone 4 and a few iPhone 5 cases so there’s no hard feelings. The cases are yours to keep, so feel free to use them, review them or just monitor them for wormhole openings.

Kudos to RadioShack and the team at Weber Shandwick for paying attention, being creative and turning a negative — even one that is more than two years old — into a positive. Job well done.

Of course, this leaves me with a box full of iPhone 5 cases and an iPhone 4.

Hopefully RadioShack wasn’t expecting to get this iPhone back, because I’m giving it away right now. Leave a comment below and I’ll pick one commenter at random who will receive this brand new, unopened iPhone 4 (black, 8GB, AT&T (T) model) free of charge courtesy of BGR and, albeit unknowingly, RadioShack. This giveaway is open to U.S. residents 18 and older, and I will pick a winner in one week on Friday, October 5th. Comments must be posted my 11:59 p.m. ET on October 4th in order to qualify.

I also have half a dozen iPhone 5 cases that I’ll give away to six U.S.-based commenters aged 18 and older who request them in the comments section below. Please note that winners will be selected at random and may not receive the specific case they request.