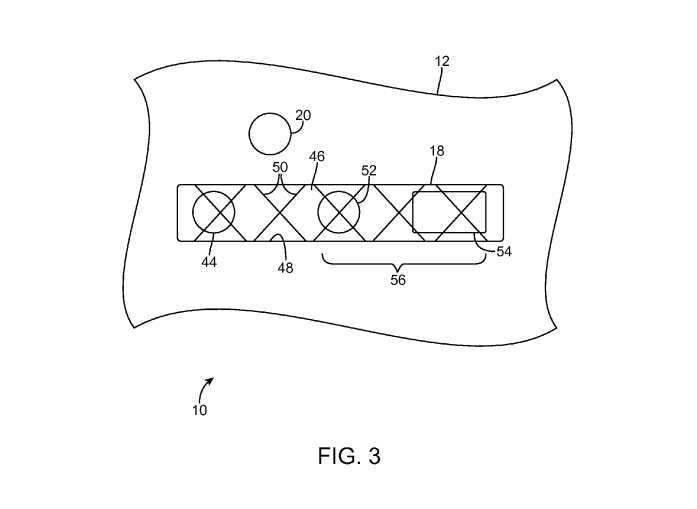 When Apple first introduced the front-facing camera on the iPhone, it attempted to do so as elegantly as possible, but one patent hints at a future hardware revision which could hide the camera from view entirely. First noticed by AppleInsider, a patent published on Thursday for an “Electronic Device With Camera Flash Structures” seems to indicate that Apple might place the FaceTime camera inside the speaker port at the top of the phone and add a camera flash.

Taking selfies in the dark would finally be a reality.

The patent also notes that the flash could be used as a status indicator for message notifications or “other states changes,” much like the indicator on Android phones.

As with any patent, none of these features are guaranteed to make it into the next, or any, device, but improving on the FaceTime camera wouldn’t be a stretch for Apple.