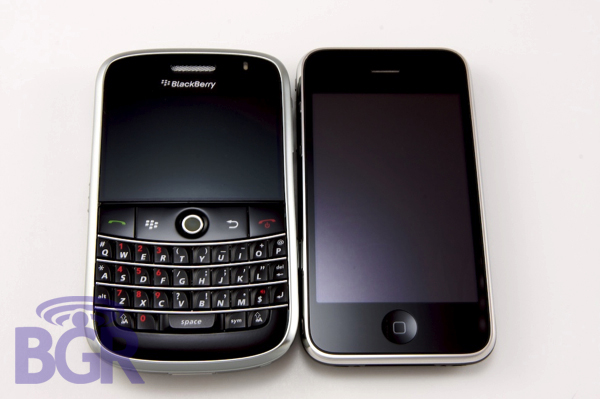 And here we thought things might finally be looking up for RIM (RIMM). Per FierceWireless, a new report from IDC Research shows that enterprises will buy more iPhones than BlackBerry devices for the first time ever in 2012. According to IDC, Apple (AAPL) will ship 31.1 million iPhones directly to companies this year, far outpacing the number of BlackBerry phones RIM will ship to companies. The issue for RIM, says IDC, is that even though RIM offers the best security for corporate IT departments, most enterprise users don’t need top-notch security and can get by with either an iPhone or an Android phone. IDC also says that RIM’s recent woes have reduced app developer interest in the platform, a major problem that “hinders its viability going forward.”