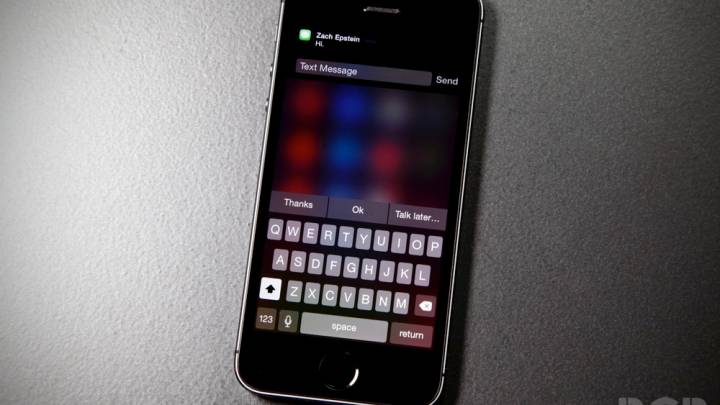 The U.S. government doesn’t appreciate the increased personal data protection measures tech companies including Apple, Google and others offer their American and international customers following the many reports that detailed the advanced spying and mass data collection tools the NSA has at its disposal. As a result, the government keeps offering tragedy scenarios — that a child will die because law enforcement agencies will not be able to access crucial data on an encrypted phone belonging to a criminal — in its attempt to persuade tech companies to come up with some sort of encryption technology that would give law enforcement agencies access to protected phones and other devices with a warrant, while still protecting other users’ privacy.

FROM EARLIER: Congress not likely to force iOS and Android decryption for the FBI

The FBI met with Apple on October 1st, The Wall Street Journal reports, in order to discuss the new system-wide encryption available on iPhones and iPads and certain Apple services including iMessage and FaceTime, which make it harder for law enforcement agencies to retrieve data from phones belonging to suspects.

“At some future date, a child will die, and police will say they would have been able to rescue the child, or capture the killer, if only they could have looked inside a certain phone,” is one prediction Deputy Attorney General James Cole made, but Apple responded that such suggestions are inflammatory and inaccurate, as there are plenty of other details the police can learn about a suspect even without access to the data on his or her phone. The FBI could access call logs, location information, and copies of smartphone data held elsewhere.

Cole also predicted that a law that will require tech companies to provide means to law enforcement to access communications will arrive soon after the “death of a child or a similar event.”

But Apple responded that it can’t create a secure key that only “the good guys can use” to access information on an encrypted phone belonging to a suspect, as ordered by a court. Apple’s Tim Cook also made a prediction of his own at the Journal‘s conference, saying that a future unknown event will prove Apple was right to encrypt its devices.

Apple continued talking to the Justice Department later last month, presenting ways it could collect information about specific phones, but agreeing that more data on them will be protected by encryption than before.

The White House apparently wants to quietly keep negotiating with tech companies and change laws so that agencies can get access to encrypted data in their investigations. But the White House doesn’t like the FBI’s decision to talk publicly about the matter.

The Journal also reveals that while the bigger concern with encrypted communications might be national security and anti-terrorism operations, government officials prefer to mention kidnapping or child-abuse cases as the focus of the debate to soften the heart of the general public. FBI’s director James Comey actually cited such a case in an October speech where the murderer of a 12-year boy was convicted to death after crucial evidence (text messages) has been recovered from the suspect’s phone.

Meanwhile, Apple and other tech companies are still at odds with the FBI and other agencies over the increased encryption protection their products have recently reveled. The full WSJ story is available at the source link for more details about the matter.