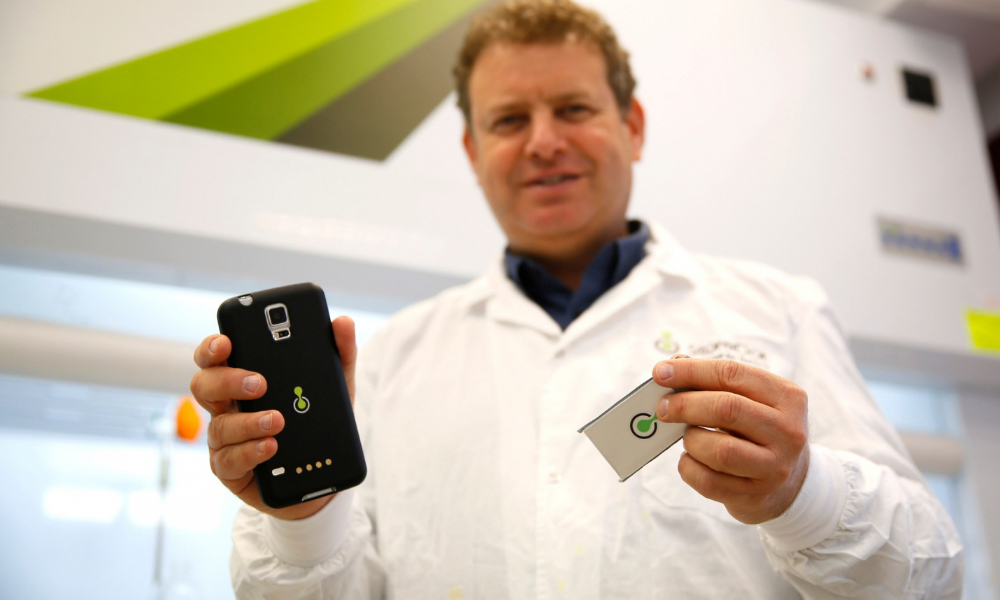 One of the most annoying smartphone-related chores is having to charge on a daily basis — or even more than once a day, depending on your usage. This means you constantly have to make sure you’ve got your charger with you so that the gadget you’re addicted to doesn’t run out of battery life when you least expect it. While many devices can get you through the day, plenty of others can’t, and smartphone makers have yet to figure out how to continuously improve smartphone performance and decrease phone thickness while still offering a decent battery life.

StoreDot, a promising Israeli startup, seems to have figured out smartphone batteries once and for all, and the company’s interesting product might head out to production next year.

StoreDot is a lucky by-product of different kind of research from the nanotechnology department of the Tel Aviv University looking into Alzheimer’s disease, The Guardian reports. The researchers also discovered that a certain peptide molecule has high capacitance, or the ability to hold an electrical charge. Batteries using this technology can absorb a charge faster than others, even though their overall capacity might be smaller.

Unfortunately, the tech can’t simply be used in existing smartphones and tablets, but the company is already in talks with some 15 smartphone makers, with StoreDot expecting to ink a contract with one of two by the end of the year. By Christmas 2016, the technology might be found inside some devices.

One of the apparent downsides of the StoreDot battery is that it’s smaller than other smartphone batteries. But because it needs only one minute to reach a full charge, it obviously has a massive advantage over anything in use so far, as handset owners could quickly replenish their batteries using a proprietary charger — in addition to the battery itself, the company needs a special charger and special handset components to offer its fast-charging feature to smartphone buyers.

The addition of such technology to a smartphone would increase the phone’s cost by $50, though many buyers wouldn’t mind paying the extra money, the company says.

Interestingly, the same battery-charging technology could be used th charge car batteries in the future. The company says that a 5-minute charge would be enough to offer up to 150 miles of driving, though StoreDot needs further funding to prove its car battery concept is viable.