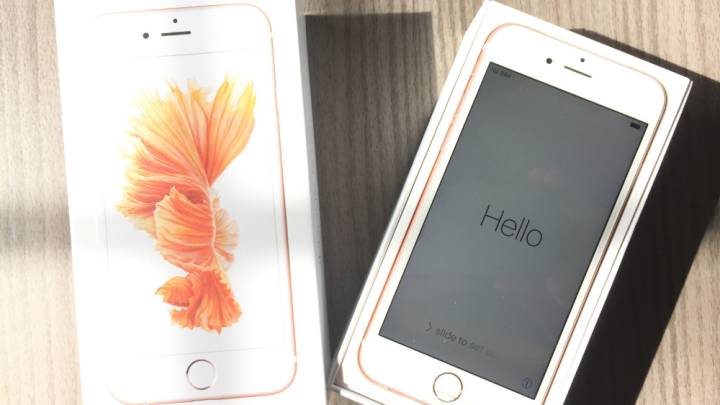 Wall Street is having an absolute freak out over reports that Apple recently scaled back its iPhone 6s orders for the first quarter of 2016. During trading on Wednesday, shares of Apple hit a 52 week low and even dipped below $100 for a brief while.

As the company’s primary revenue driver, it’s understandable that a dip in iPhone sales is cause for concern. All the more so given that some analysts are predicting that Apple in 2016 will experience an overall drop-off in iPhone sales for the first time in company history.

But if we take a step back and look at things rationally, it quickly becomes clear that concerns surrounding weakening iPhone demand are not only overblown, but entirely premature.

Right off the bat, let’s start with the original source of the story, Nikkei. According to the original report, iPhone 6s and 6s Plus production may be cut back by 30%. Now there are two things to consider here. First, Nikkei published a similar report back in January of 2013 that turned out to be completely misleading.

About three years ago, Nikkei said that Apple was scaling back iPhone 5 orders by a whopping 50% due to disappointing sales and weakening demand. And much like we’re seeing now in 2016, shares of Apple at the time dropped off significantly.

But as it turns out, Nikkei’s report turned out to be nothing more than hot air. In fact, the iPhone during every single quarter in 2013 set a new sales record. So much for a 50% drop in sales.

Now second, it’s never wise to read too deeply into unsubstantiated reports from the supply chain, if only because Apple’s supply chain is particularly complex. Tim Cook addressed this issue head-on during an earnings conference call back in 2013. His remarks back then are as relevant today as they were back then.

I know there has been lots of rumors about order cuts and so forth and so let me just take a moment to make a comment on these. I don’t want to comment on any particular rumor because I would spend my life doing that but I would suggest it’s good to question the accuracy of any kind of rumor about build plans.

I’d also stress that even if a particular data point were factual it would be impossible to accurately interpret the data point as to what it meant for our overall business because the supply chain is very complex and we obviously have multiple sources for things, yields might vary, supply performance can vary. The beginning inventory positions can vary, I mean there is just an inordinate long list of things that would make any single data point not a great proxy for what’s going on.

Not only that, but AppleInsider astutely points out that this is the first year where Apple’s iPhone lineup has consisted of two different generations of arguably similar devices.

“However, this is the first year Apple has sold two different generations of new pairs of flagships,” AI reports, “meaning that the company is again learning for the first time how many of its customers will opt for the latest and greatest 6s/6s Plus models versus going with the discounted previous year 6/6 Plus editions that offer the same size benefit without new features…”

Indeed, it’s important to remember that Apple’s flagships aren’t the only iPhone models available. For years, Apple has successfully managed to boost iPhone sales by selling older models to users at discounted prices. That being the case, it’s entirely plausible that the pool of interested iPhone 6 and 6 Plus buyers is far greater than Apple initially anticipated.

Furthermore, keep in mind that Apple will reportedly be launching a new 4-inch iPhone 6c model in April. That being the case, perhaps Apple is simply scaling back inventory ahead of time. Or, perhaps Apple found that iPhone 6s demand is lower due to the lack of a 4-inch form factor option. The bottom line is that there are simply too many balls in the air for anyone to declare with certainty that iPhone demand is in trouble.

Per usual, the notion that Apple’s iPhone reign has peaked has been unjustifiably magnified and is ridiculously premature.

We’ll get a better and more accurate picture of the strength of iPhone sales once Apple releases its holiday quarter earnings on January 26.