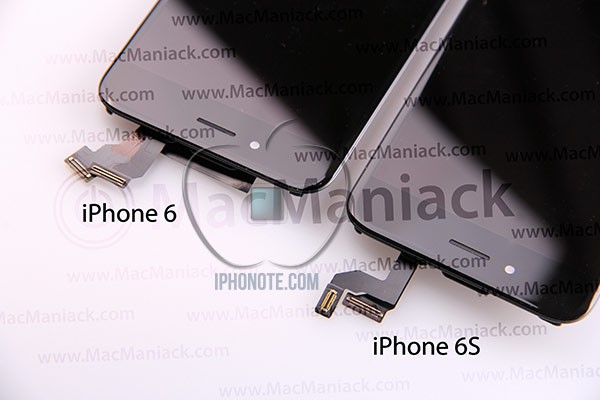 Last week we saw a series of leaked images that showed the alleged display assembly of the iPhone 6s and iPhone 6s Plus, complete with the necessary components for the device’s Force Touch technology. Now a video originating from an iPhone repair shop shows the same leaked display and compares it to the display of the iPhone 6.

Posted on YouTube by MacManiak (via iPhonote) the video shows the differences between the displays of Apple’s iPhone 6 and iPhone 6s.

Specifically, it highlights the placement of the Force Touch components and explains that the iPhone 6s will have a different flex cable arrangement to accommodate the changes. Overall, the iPhone 6s display design seems to be similar to the iPhone 6, with a similar thickness and camera placement.

Some reports claimed that Apple’s iPhone 6s Force Touch displays are already in mass production, as Apple prepares for its September iPhone event. BuzzFeed said on Friday that the iPhone 6s announcement event is likely to happen on September 9th.

Check out the full video below for a full hands-on demo with this purported iPhone 6s component, as well as the image gallery.