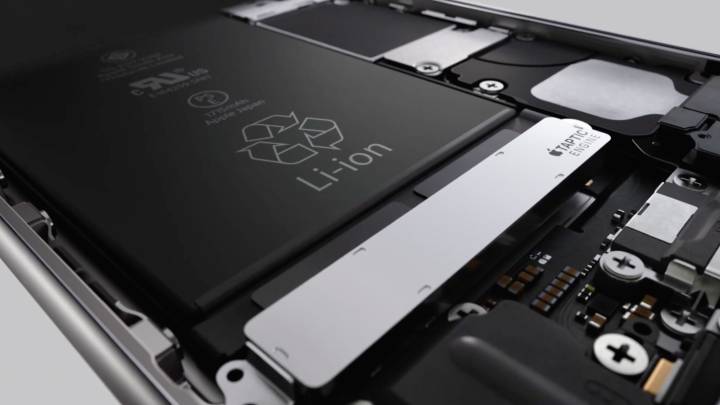 Apple’s new iPhone 6s models are going to be available in stores in a few days, assuming there’s enough stock to go around, with many preordered units supposed to go out at the same time. The new iPhones are already sold out in online stores around the world, so many potential buyers will not be able to get their hands on the handset in the early days.

In addition to what Apple officially stated about the iPhone 6s models, many things have been discovered unofficially — the kind of information Apple never shares during keynotes or on its website, including RAM amount, A9 clock speed and battery size for the iPhone 6s. One detail that was still missing is the iPhone 6s Plus’ battery size, but a site just posted images of the new phablet’s battery and filled in the remaining blanks.

Unsurprisingly, the iPhone 6s Plus will have a smaller battery than its predecessor, but you shouldn’t freak out, as that’s exactly the case with the iPhone 6s.

According to Apple.Club.tw’s image seen above, the iPhone 6s Plus will have a 2,750 mAh battery, slightly smaller than the iPhone 6 Plus’ 2,915 mAh battery. The image is yet to be verified, but the number is exactly the same as what an early iPhone 6s battery leak said – that leak also listed the iPhone 6s’ battery size, which was confirmed by Apple’s promo video for the iPhone 6s.

Considering that the iPhone 6 Plus was praised for its battery life, chances are the same thing will still be valid for the iPhone 6s Plus going forward.

Apple had to shrink the battery size on both models to make room for 3D Touch components. However, the A9 chip should be much more efficient than the A8 chip, and thus even more battery-friendly. Furthermore, iOS 9 has a battery saving mode that can help you squeeze additional life out of your battery.