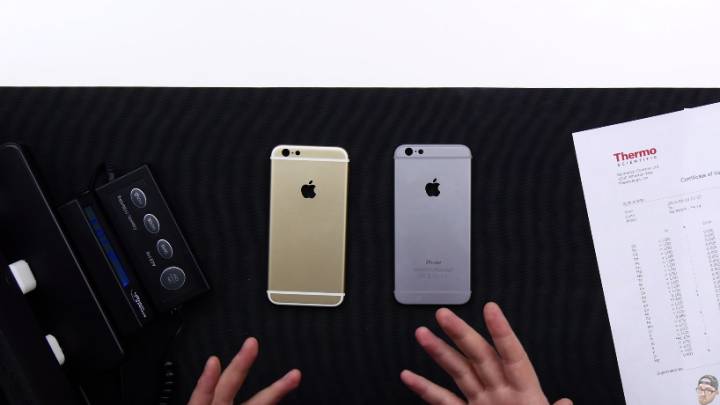 Multiple reports claimed in the past that Apple would be using 7000 Series aluminum for the iPhone 6s and iPhone 6s Plus to make the devices stronger than their predecessors and less susceptible to accidental bending. Apple has yet to confirm this detail about the iPhone 6s’s metal case but reports already say the new metal alloy used for this year’s iPhones includes zinc and iron to make it more durable.

According to data received by MacRumors, the elemental composition of the iPhone 6s aluminum shell includes 5% zinc and traces of iron (maybe as high as 8%) that are meant to increase the durability of the metal significantly. Comparatively, the iPhone 6’s metal shell doesn’t have the same components. Zinc, the publication says, is found in many 7,000 Series alloys.

There are question marks regarding the actual quantity of iron used. The Apple news site says it discovered that unspecified amounts of iron can be introduced into the shell during the milling process, but it’s not clear how much iron Apple is using.

Atop the metal, a 10-micron thick anodized aluminum oxide layer is present in order to both protect against corrosion and let Apple introduce dyes for various color options – on that last note, a different report offers a plethora of images showing a brand new color option for the handset, rose gold.