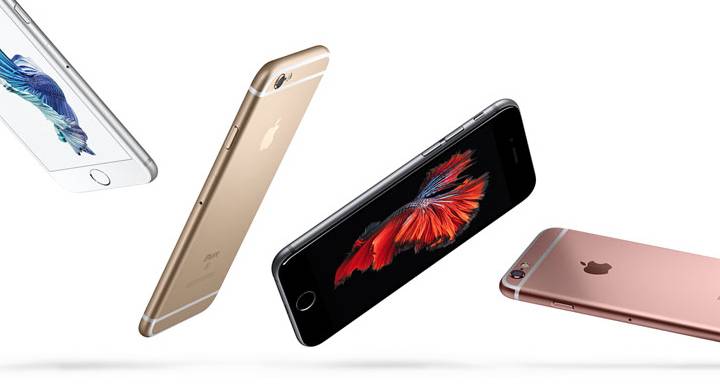 Apple’s “Hey Siri” event on Wednesday was packed with product and feature announcements, some of them more important than others. The iPhone 6s series is the obvious star of the show, though Apple’s iPad Pro and new Apple TV are also head turners. Not to mention that Apple partnered with a fashion icon to release a custom Apple Watch design.

It was a long event packed full of big announcements, but there were also some hidden tidbits in there that you might have missed…

Remember those unique Hermes leather bands the company showed off during the event, saying they’ll be bundled with customized Hermes Watch faces? Many wondered how that will work, and the company revealed on its site that you’ll actually be buying a particular Watch package from Hermes. With prices starting at $1,100 and going all the way up to $1,500, the packages come with a 38mm or 42mm aluminum or stainless steel Watch complete with customized cases.

The iPad mini you wanted last year – a smaller version of the iPad Air 2 – has been quietly launched. The iPad mini 4 comes in the same three color options (silver, gold, and space gray) with prices starting at $399 for the Wi-Fi version and $529 for the cellular model.

One of the features that will help the iPad Pro beat competitors including tablets and some laptops is a new storage controller that lets the device offer read and write speeds that are faster than ever before. Combined with more RAM, a faster processor and better graphics, the speedier controller should deliver a desktop-class performance, offering users quick access to apps, including those apps and games that require lots of hardware power.

Even though Apple now lets you record 4K video on the iPhone 6s and iPhone 6s Plus, you won’t actually be able to play them on the Apple TV. That also means the device won’t play any 4K content from streaming services that support it.

Because of Apple’s new 12-megapixel sensor inside the iPhone 6s devices, you’ll be able to take higher-resolution panoramas – up to 63-megapixel in size.

The iSight camera can capture 1080p videos at 120fps and 720p videos at 240 fps. However, this is an iOS 9 feature that’ll be available on other iPhones that support slow-motion video recording, not just the iPhone 6s.

Video recording gets optical image stabilization (OIS) this year, but – as you might suspect already – it’s only coming to the iPhone 6s Plus, as the iPhone 6s doesn’t have an OIS rear camera.

On the new iPhones, you’ll be able to zoom in while playing videos, which might come in handy when viewing 4K clips.

The new iPhone models come with significantly improved Wi-Fi, offering support for 802.11a/b/g/n/ac Wi-Fi with MIMO. In other words, you can expect speeds of up to 866MB/s, or up to two times faster than before.

The Bluetooth chip has also been upgraded, and the new iPhone 6s models will come with Bluetooth 4.2 support. The same goes for the iPad Pro (and iPad Air 2 and iPad mini 4).

The M9 co-processor is now embedded in the A9 chip, meaning that it’s always-on and that the Hey-Siri functionality is also always-on – should you choose to enable it.

In case you’re comparing the iPhone 6s to the iPhone 6, you’ll quickly notice the new models are slightly thicker and heavier. That’s because the new iPhones pack additional hardware to accommodate the 3D Touch functionality. As it turns out though, they might still fit in some existing iPhone 6 and iPhone 6 Plus cases.

Speaking of different iPhones, you should know Apple has five new iPhones in its lineup right now, which can be purchased under a new iPhone Upgrade Program that you can pay for in installments.

However, only two of the five iPhones are available in gold colors, and they belong to the new iPhone 6s family. The older iPhone 6 and iPhone 5s have lost the gold color option, and last year’s iPhones aren’t available in 128GB capacities either.