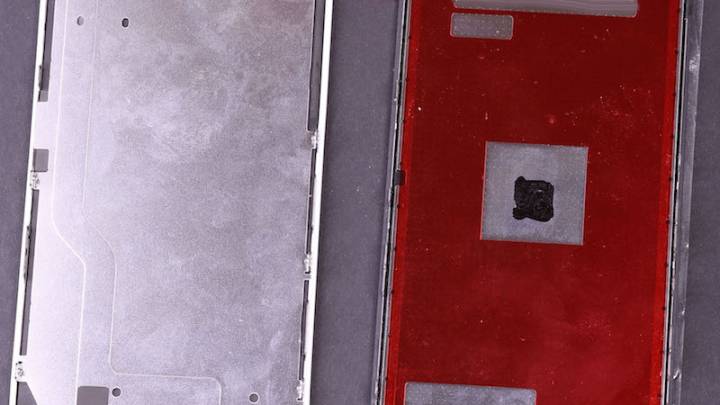 The web is buzzing with iPhone 6s, iPhone 6s Plus and iPhone 6c leaks, and there are less than two weeks to go until Apple launches its 2015 iPhones. A new image leak gives us an even better look at a unique iPhone 6s feature and the hardware required to support it.

Called Force Touch, and already available on Apple Watch and select MacBook models, the feature lets users initiate different actions on the display (or touchpad) by modifying the pressure applied on the screen. To trigger Force Touch menus, the display of the iPhone 6s needs specialized hardware components attached to the screen.

Apple news site MacRumors has received more images detailing the presumed iPhone 6s screen assembly complete with Force Touch components, which seem to be in line with previous display leaks. The extra display layer contains a chip that we haven’t seen before in any iPhone, as you’ll see in the pictures below.