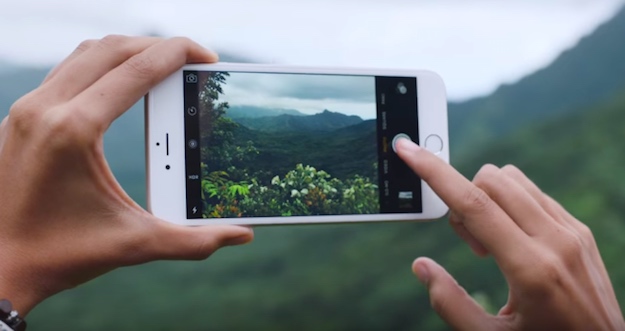 With the iPhone 6s having been out for about a month now, and with the busy holiday shopping season about to kick into high gear, Apple has started ramping up its iPhone advertising efforts in recent weeks. Just about a week after rolling out an iPhone ad touting 3D Touch, the company over the weekend launched three brand new iPhone commercials.

The first one is called “Camera” and focuses on the bevy of new camera enhancements Apple baked into the iPhone 6s. Naturally, the bulk of the ad focuses on Live Photos and the ability to shoot video in 4K. Towards the end, there’s even a cameo by Steph Curry of the Golden State Warriors.

The next two ads, like the aforementioned 3D Touch ad, feature Jamie Foxx.

Here, in an ad called “Crush”, Foxx demonstrates the new hands-free “Hey Siri” feature. As we’ve detailed previously, the iPhone 6s’ new M9 motion coprocessor lets users activate Siri even when the device isn’t plugged in and charging. It’s a nice enhancement but we’re not sure if the commercial below really does a sufficient job of getting the point across.

The next commercial is similar in nature and also features Foxx taking advantage of hands-free Siri functionality to presumably help him pick out a new movie role.

All in all, I’d say that the new iPhone 6s commercials Apple has been releasing thus far are pretty good. While Apple typically shies away from using celebrities in their ads, Jamie Foxx seems to work well in these short 15-second adverts.