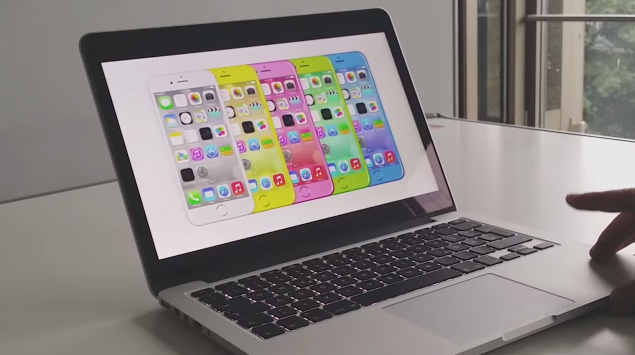 The iPhone 6s and iPhone 6s Plus should be launched next month, though Apple has not released details about its fall iPhone event yet. Even so, the iPhone 6s rumors continue to swirl and a recent leak offered us our first look at the supposedly fully assembled iPhone 6s models that both supported brand-new colors.

Apple might indeed have four iPhone colors this year, but what if it offered users even more options? One fake “leaked” iPhone 6s video commercial toys with that idea.

Titled iPhone 6S Ad – LEAKED (video from an Apple Office), the video is not an actual iPhone ad. However, the 36-second clip does an excellent job at conceptualizing what the iPhone 6s would look like in more vivid colors.

The device will likely be available in gold, space gray, silver and rose gold, but the video shows the handset in more iPhone 5c-like colors. At the same time, Apple is rumored to launch an iPhone 6c handset at some point in the future, but it’s not clear whether the device will be available in the same colors as its predecessor.