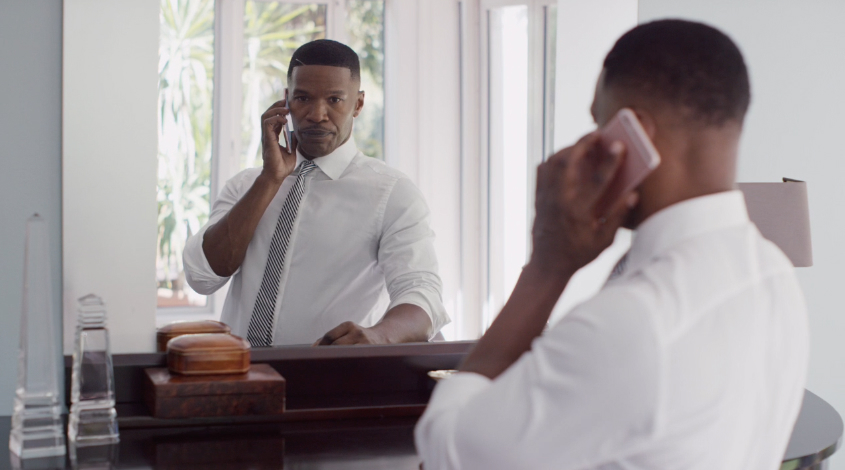 The pink iPhone 6s is so popular that it was the first to sell out when Apple kicked off iPhone 6s preorders a few days ago. Even Samsung is looking to launch a rose gold version of the Galaxy Note 5 in the very near future. So, in a way, it’s not surprising to see Apple sneak a pink iPhone 6s in a new iPhone commercial that’s focused on an entirely different fresh iPhone feature. And what better way to make you notice the rose gold color than by hiring Jamie Foxx to briefly use one in the ad.

Foxx isn’t even the real star of the commercial, as he only makes a short cameo at the end of the 30-second video clip. The ad is all about the new 3D Touch gesture, a feature that’s only supported on the iPhone 6s and iPhone 6s Plus, as it requires dedicated hardware and software.

3D Touch lets app developers, including Apple, to introduce shortcuts to popular app elements (Quick Actions and multitasking) and to add an in-app preview UI layer that applies to anything a user would like to quickly access without necessarily opening an app for it (the Peek and Pop).

Apple demos these new features in the ad, showing the different responses you’d get on the screen based on the force applied on the screen in the apps that support 3D Touch. As for Foxx? Well, he’s hilariously listening to his own music.

The full iPhone 6s 3D Touch ad follows below, with more details about 3D Touch available at this link.